Osodeke said at the end of the exercise, government agencies and others without exception expressed satisfaction with UTAS as a suitable solution for salary payment in the university system.

According to him, during the one-month roll-over strike, the union engaged government over contending issues that necessitated the action, adding “one of the contending issues is the deployment of UTAS, a software created by ASUU Technical Group to manage personal and payroll in the university system.

The ASUU president explained that government referred UTAS to NITDA to conduct user acceptance test (UAT) and vulnerability assessment and penetration test (VAPT) prior to the final deployment; he insisted that the process, which started on March 2022, is still on going.

Osodeke said the reaction is necessitated by the need for ASUU to put the records straight on the grounds already covered in the struggle to get government to deploy UTAS as suitable solution for salary payment in the university system.

His words: “Of particular concern to us is the statement credited to both the minister of communication digital economy and director general of NITDA to the effect that UTAS has failed the integrity test.

“Let us put it on record that an integrity test was carried out by NITDA on 10th August, 2021 in National Universities Commission where relevant government agencies and all the end-users in the university system were present. This was attested to by the report coming from NITDA then to the effect that UTAS scored 85 percent in user acceptance test.”

He explained that NITDA technical team, after conducting comprehensive test reported that out of 687 test cases, 529 cases were satisfactory, 156 cases queried, and two cases were cautioned.

“Taking this report on its face value, the percentage score is 77 percent. The question that arises from this is can 77 percent in any known fair evaluation system be categorized as failure,” he asked.

Osodeke said the union engagement with NITDA over the second round of testing continues and that while the exercise is going on, the minister and DG of NITDA went to town to mislead the nation that UTAS failed integrity test.

The union challenged the minister and DG of NITDA to public discussion on any national media to put all matters to rest for the benefit of students, ASUU members and the general public. 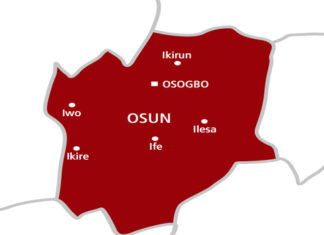