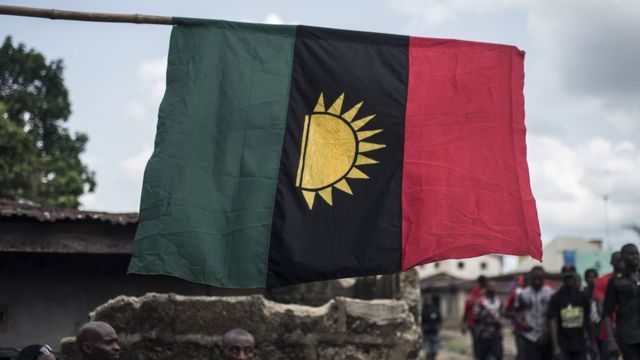 THE Indigenous People of Biafra (IPOB) has urged the Southeast governors to hearken to the advice of Katsina State governor, Bello Masari, who last week advised his people to defend themselves in the face of growing insecu- rity in the state.

IPOB in a statement signed by its Media and Publicity Secretary, Emma Powerful, noted that the comment by the governor never came to them as a surprise, but only vindi- cated their leader, Nnamdi Kanu’s earlier warning of plots by the killer Fulani herdsmen to overrun the country.

Powerful added that Kanu has been insisting on the same comment made by Masari.

His words: “This call by the Katsina State governor has vindicated our leader, Mazi Nnamdi Kanu who has been consistently advising Nigerians and particularly Biafrans to defend themselves against the Jihad Fulani terrorists.

“Our leader is the man who saw tomorrow, everything he said has fully happened. This is a clarion call on Southeast governors who do not understand the tactics and gimmicks which Fulani are playing in their desperation to conquer and Islamise indigenous people living in Nigeria.”

He, therefore, advised the Southeast governors to take Masari’s advice seriously, assurig that the terrorists who try to penetrate to the Southeast would surely be repelled by the Eastern Security Network (ESN).