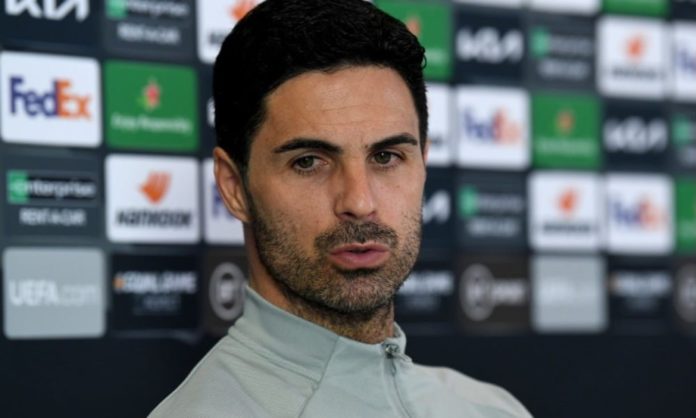 Arsenal manager, Mikel Arteta, has said Granit Xhaka and Thomas Partey are both “in the best possible state they can be” ahead of Sunday’s North London Derby against Tottenham

Xhaka is back from a three-game suspension and also testing positive for COVID-19.

Partey was a surprise inclusion in the starting XI for the Carabao Cup win over Wimbledon on Wednesday, but Arteta revealed that the Ghana midfielder “demanded” to play to build up his fitness.

The Ghana international missed the opening stages of the campaign due to an injury picked up in pre-season, but returned as a substitute in the win over Norwich.

When quizzed on whether Xhaka and Partey are 100 per cent ready to start, Arteta said on Friday: “Well, they are in the best possible state that they can be. Obviously, they’ve both had different issues in the last few weeks. Thomas with a big injury and Granit with a suspension.

“Ideally, you want players with more of a run of games and to be a little bit more consistent in terms of minutes, but they are both available.”