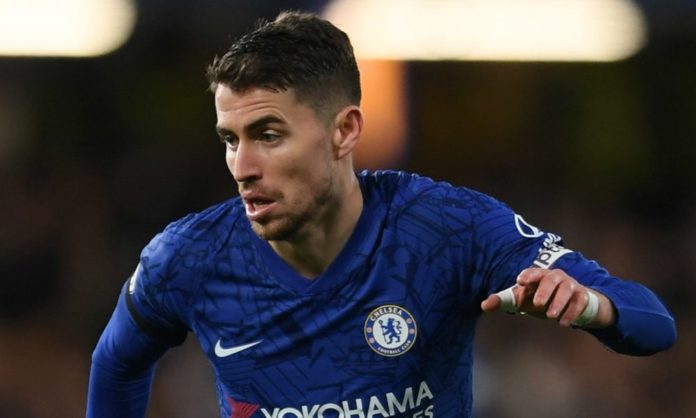 Chelsea manager, Thomas Tuchel, has given Jorginho a new name ahead of his side’s Premier League clash with Arsenal on Sunday evening.

Tuchel branded Jorginho as a ‘very strategic player’, adding that the Italian international has a good sense of rhythm.

The German said the 29-year-old midfielder is relentless on defence, very well organised in his game and wants to be everywhere on the pitch.

Jorginho won the Euro 2020 with Italy and the UEFA Champions League and UEFA Super Cup with Chelsea.

He has been named as one of three nominees for the UEFA Men’s Player of the Year award alongside teammates N’Golo Kante and Manchester City’s Kevin De Bruyne.

“I think Jorgi [Jorginho] is a very strategic player,” Tuchel said in his pre-match press conference ahead of Chelsea’s Premier League clash with Arsenal on Sunday evening.

“He can play in advance, knows what to do in ball possession, can imagine what is going to happen in one or two passes ahead.

“He lacks, if you isolate him or watch him separately, the pure physical ability that makes him the number one candidate to be a number six in the Premier League.

“But once you have him in a structure, he is very well organised in his game, he organises all the environment around him, which helps him then, when everything is organised, and then he can show his true abilities in controlling the rhythm of a game.

“He is relentless on defence. He wants to be everywhere on the pitch, he has a huge ability to run a lot. Maybe he lacks the high speeds, but he compensated with a lot of work rate and with very good anticipation in his defensive work.

“He’s in love with this game and this is the feeling he transports in the first minute and he never stops transmitting this energy that he’s really into the game and thinking about tactics and loves to be involved and feel a true connection with the game and such a positive guy.

“That makes him a very, very important player and a huge link in the middle of the pitch, not only for us but also for Italy.

“I’m very happy that guys like him, like [N’Golo] Kante and [Kevin] De Bruyne – and this will have a huge effect on guys like Mateo Kovacic – that people understand the importance of these characters and what they do.

“That sometimes they don’t shine, but they make other people shine and this is also important for any team in the world.”