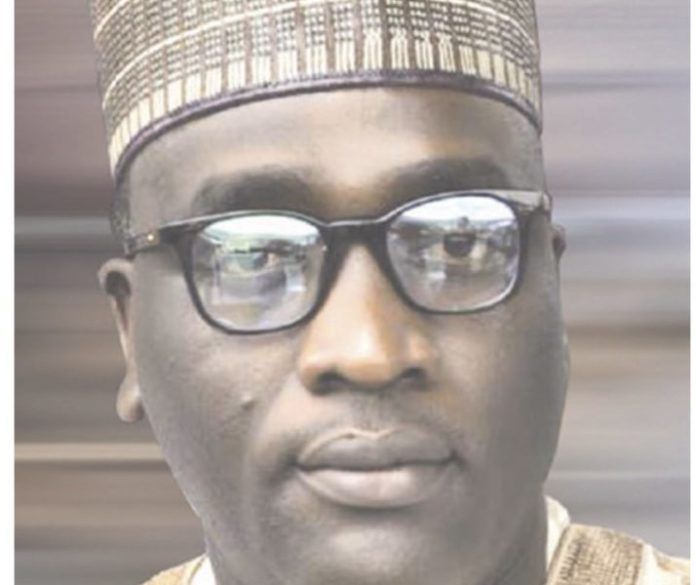 Mustapha Salihu, former National Vice Chairman, North-East, of the All Progressives Congress (APC), has said that the ruling party was going to come out stronger after its internal wrangling.

In an interview with VINCENT KALU, Salihu noted that the party has something to campaign with, and to convince Nigerians to re-elect its candidates in 2023.

We are bedevilled by insecurity and the economy is nose-diving. What is your view on these and how do we overcome?

Security is everybody’s business. It is necessary to look at where we came from. As at 2015 when we took over, there were series of bomb blasts, attacks, many territories were held by terrorists, and military formations were run over and other security issues. Resources were spent in the procurement of arms, and our government came and started tackling the insecurity. It improved the budget for fighting insecurity, still much needs to be done. We are talking about internal security bordering on insurgency and terrorism which is very hard to cope. The US spent 20 years in Afghanistan and they weren’t able to solve the problem.

These insurgents, bandits and terrorist are people’s children and people’s husbands, and unless we have credible intelligence within communities we would not solve this. The government is doing its best, but we as a people have to come out and do community resilience to ensure that we don’t allow this thing to fester. Example is Biu, a town in Borno State, which has built community resilience. There is no Boko Haram member that will enter Biu and pass a night there.

If you are among the insurgence and your family finds out, it is your father or any member of the family that will catch you and hand you over to the security agency. For this, they are living in peace. In my town, Jimeta, Yola, the boys refused to join the insurgent group and once any of them comes into the town, he is fingered and taken care of. But once the boys within the community begin to join them, it means that the elders of the community are harbouring them, and then they will have a problem. Once they come into the community and blend, you don’t know who you are fighting.

The government is lagging in terms of employment of technology to fight terrorism and banditry. You cannot fight 2022 war using 1973 techniques. You cannot stick to our old ways and think it is going to work. It won’t. You need to bring technology in the fight.

More so, we need the political will to this fight; our leaders need to lead from the front and not from the back. There are also some other questions – what happens to unemployment, to our education? All these things you have to look at because they are all interconnected.

If you think you have to use the military to solve insurgency, you are wrong. You have to look at out of school children, what is going on with poverty, unemployment, and underemployment because if the army and the police are underemployed, they are likely to compromise. All these are things we need to sit and treat as a whole.

What is happening to the economy under this government?

For the economy, you know the global economy had serious problems during COVID-19. We entered into recession immediately we took over the government and we came out of it and during the COVID 19, we went into recession and we came out again. Things have been done to ensure that we solve the problem of our economy. Even at that, the citizenry has a role to play. As we speak now we are living in a rented economy; everything is import-based, and how much are we making in export outside oil?

We have good policies that even foreign nations used to borrow and make them work, but we cannot implement them because there is no sincerity of purpose; people in government don’t have sincerity of purpose. If the president approves money to governors and they embezzle them, how can you prosecute them because the constitution has so much empowered them that you cannot do anything? Even our constitution needs to be looked at as it has made some people so powerful that they do whatever they wanted. It is harder to find somebody guilty in Nigeria that in the US where they have big human rights. So, people will perpetrate corruption and go scot-free. We are living in banana republic. As it is now you cannot find somebody guilty until it is proved by court of law; the court of law follows the constitution, which is porous. It gives you room to manipulate certain things and get away.

So, we need to hold people accountable by putting round pegs in round holes, square pegs in square holes; you cannot take somebody that studied geography and make him Minister of Finance. We should improve the severity of punishment. Our problem is not lack of policies but proper implementations.

There are disagreements or what people may refer as factions in many states of All Progressives Congress (APC). Don’t you think they may affect the party’s performance in 2023

There are no factions in APC, but disagreements. A legitimate faction in a party is only obtainable at the convention. Parties are national parties; they are not state parties. In every political society, even the in the US, you find out that within democrats, there are ones that are moderates, there are extremists; the same thing with the republicans. In every party, various groups have various ideologies, and various interests, but what is important is the mechanism that is institutionalised within the party to handle the disagreements.

The Caretaker Committee, when they came in, how many governors did we have? We had 18 governors, but today we have 22 governors. So, it means that the caretaker has one mechanism they put in place to convince people. We have done congresses before and we had more fracases than what we have now and we settled and won 2019.  The same thing now, there is mechanism put in place to settle these ones. Abdullahi Adamu Committee is going round and a lot of results have been achieved. We are aware that in Kano State, all of them came together and took pictures after reconciliation; it was one of the worst crises facing us. But within a very short time Ganduje, Shekarau and others were able to come together. In due course, all these crises would be resolved.

What is your view on power rotation, with the South insisting that power should rotate to the region?

The matter of zoning is a gentleman’s agreement; an unwritten covenant among political gladiators. The party establishment determines what is good for the country and the party. At the time of the merger, I wasn’t there, but now that I have got to the very high level of the party, I would have been part of that negotiation. I wasn’t privy to the negotiation done 2014. Once the establishment decides that this is way power goes, all of us follow.

Rotation of the presidency is not what we are supposed to be discussing now, but how do we improve security and economy, how do we reduce crisis in the party? It is only when the party is viable that it is able to produce a candidate whether from South-East or North to win. You cannot have a country if you don’t have a good economy.

Competence is the most important thing rather than regional arrangement, rotation or what have you. Whether there was agreement on rotation or not, it is left for the political gladiators at that time to determine. They have a conscience and are honourable people. When the chips are down people know the agreement they entered if there was one.

Don’t you think the FCT council election penultimate week was the shape of things to come in 2023? We saw how AMAC, which used to be the stronghold of APC, was won by the PDP. Especially since President Buhari warned the party members that if they didn’t put their house in order that the opposition party may defeat them.?

What happened in the AMAC FCT election is a testimony that this government is ready to conduct free and fair election. In the past, as people were casting their votes, the results were being read. It is left for Nigerians to decide if they want to bring back the set of people that bastardised democracy, but we as a party, we’ll do everything humanly possible to put our house in order.

What the president said was not farfetched because when you have internal wrangling, you end up losing election. Even the AMAC issue was not an isolation; it was also a product of internal wrangling where we had issues among us. It was a mistake that we need to learn from. This election cannot be seen as a referendum against the party. It provided us with a learning platform and we have further elections ahead us and we are going to correct our mistakes.

The president has promised to give this country free and credible elections. That commitment is still there and that is why you see us losing council elections. In the past, one man would write names of winners in a council election, but today people are allowed to cast their votes without intimidation. Our party is going to wax stronger. We have the capacity to go out and campaign and convince people because this is a party that has ideology and manifestoes and we have passed through the process of civilization, unlike some parties that moved from barbarism to decadence without passing any form of civilization and have lost the opportunity and capacity to convince people. They don’t know how to campaign; they only hold rallies. We have manifestoes; we go to people and convince them to vote for us.

Come 2023, you will see how we are going to campaign. As the president is leaving , as a party we need to build our support base  and that is why we are telling the stakeholders to go back home and build their support base and not being in Abuja, and say you are a politician. Go back to your ward; win you ward, your local government and your state. This is the technique we are going to apply.