Mr Babatunde Fashola, the Minister of Works and Housing and Zainab Ahmed, his counterpart in the Finance Ministry, have spoken on the differences between the APC and PDP administrations.

Both knocked the opposition party as under-performers in their 16 years of stewardship.

They spoke at the All Progressives Congress (APC) Pre-Convention Policy Conference on Friday in Abuja.

According to him, the massive infrastructural development differentiates the APC from the Peoples Democratic Party (PDP).

The conference, with the theme: “Consolidating Democracy: Scorecard, Impact and the Road Ahead”, was to discuss current and future policy direction of the APC.

The former Lagos State governor added the APC set out with a clear agenda to improve the well being of Nigerians right from its formation.

He however admitted that the party had some challenges which were not insurmountable.

“When we came in, N18 billion was our budget for the Ministry of Works, for all Nigeria’s roads. That was less than the budget of my state in 2015.

“This tells you the attitude of the preceding government towards infrastructure.

“So, if you budget N18 billion for roads and a new government that has less is budgeting N500 billion for the same roads, those two parties cannot be the same,” he said.

Fashola said the massive road infrastructure and rail projects being delivered across the country by the APC administration were products of deliberate policy.

This, he said, was as directed by Buhari to impact the lives of the people.

“We are confronting the major problems of infrastructure. Lagos-Ibadan expressway, second Niger Bridge, Boro-Bonny, Apapa, Abuja-Kaduna and many others. All these roads seemed to have defied solutions, hitherto.

“The Buhari APC-led government is confronting them, in collaboration with state governors and many of them will be completed this year or before the end of this administration,” he said.

Fashola added that the administration was redistributing wealth and creating jobs through infrastructural development projects.

“On the second Niger Bridge, 19 million litres of diesel are going to be used from start to finish. Tons of cement, tons of steel, million of cubic meters of sands.

“The construction companies do not manufacture these things, but immediately a contract is awarded, it starts driving a chain of supply and demand,” he said.

Gov. Kayode Fayemi of Ekiti State and Co-Chairman of the APC Pre-Convention Committee, while corroborating Fashola’s position, said the PDP, especially in his state, could not be compared to the APC.

He said there was a huge difference between the PDP and APC.

“I hate to hear that all parties are the same. I can tell you with our own experience in Ekiti and you may also see that in other states where APC is in control,” Fayemi stressed.

Prof. Babagana Zulum, the governor of Borno and Co-Chairman of the committee, also said security in the North-East region had greatly improved compared to what obtained in the past.

Zulum, however, added that there was still more to be done to get all persons displaced by acts of insurgency resettled.

She said that Nigeria had emerged as the nation with the fastest growing social investment programme in the world.

The minister also said that Nigeria’s economy was now fully diversified due to different economic intervention strategies introduced by the Buhari-led APC administration.

“We have grown our revenues and moved away from dependency from oil revenues to non-oil.

“Our Gross Domestic Product (GDP) from the oil sector is eight per cent, which means 92 per cent of the economy is the non-oil sector.

“What we have to do is actually deepen diversification, expand and grow the individual sectors to do more because the capacity is there,” she said.

Ahmed added that domestic revenue mobilisation was a key focus in the Ministry of Finance, Budget and National Planning.

She said the ministry was setting out by designing a programme called ”Strategic Revenue Growth Initiative”. 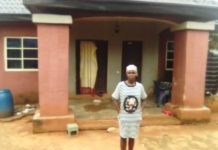 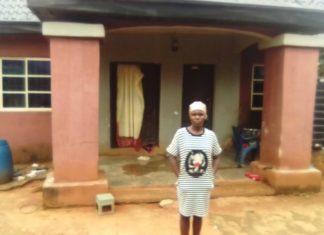