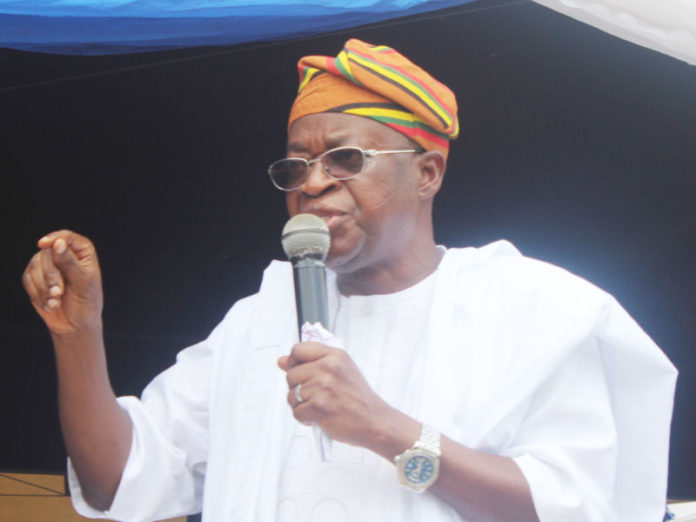 Gov. Gboyega Oyetola of Osun, on Saturday emerged winner in his ward, Iragbiji, Boripe Local Government Area of the state, during the All Progressives Congress (APC) primary.

He said 2,053 party members were accredited for the exercise, adding that only 1,612 party members cast their votes for the governor.

In his remarks, the governor said he was not surprised that he won in his ward.

Oyetola, who described the exercise as a family affairs, said the primary was not expected to be a battle field.

He also urged party members to brace up for the challenges ahead.

“I want my fellow aspirants to see this exercise as a family affair and not a battle field.

“Because God is always in control, there is no violence in the state, although violence is not expected.

“I dot not know why the agents of other aspirants are not here but we should all brace up for the challenges ahead and create opportunity for reconciliation,” he said.

The governor described the turnout of the party members for the exercise as meaningful and impressive.

“I thank God that we were able to do it peacefully.

“All the members of the party have the opportunity to decide who will carry the flag of the party.

“I want to appeal to all our people all over the state to please maintain peace.

“Let everybody have the opportunity of participating in his choice of who should be the candidate of our party.

“I think that is the process and I think it has gone very well, contrary to the speculation,” he said.

The News Agency of Nigeria (NAN) reports that the three aspirants for the primary are Gov. Oyetola; former Secretary to the State Government, Alhaji Moshood Adeoti, and Mr Lasun Yusuf, former Deputy Speaker, House of Representatives.

The APC Chairman in the state, Mr Gboyega Famodun, said the primary would take place in 332 wards across the 30 local government areas of the state. (NAN)