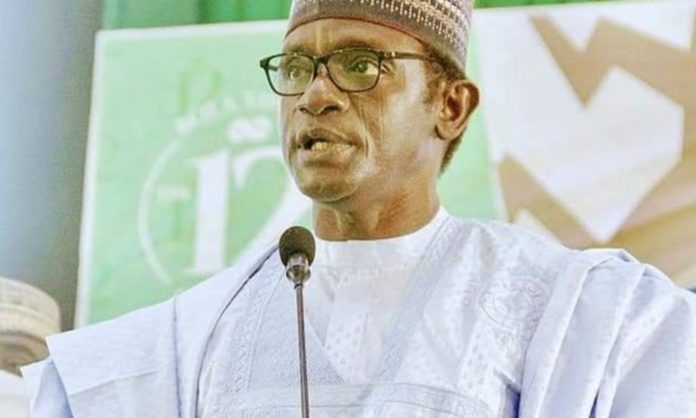 The Chairman of the ruling All Progressives Congress (APC) Caretaker/Extraordinary Convention Planning Committee, Mai Mala Buni, on Tuesday, revealed that the part is now the largest in the continent.

The Yobe State Governor made the revelation on Tuesday at the party’s National Secretariat when the Korean Ambassador to Nigeria, Chi Tun Chon Hu, paid a visit to the party’s headquarters in the Federal Capital Territory, Abuja.

Buni, who was represented by Secretary of the APC Caretaker Committee, Senator John James Akpanudoedehe noted that the recently concluded membership registration and revalidation exercise puts the total number of members at over 40 million.

“The APC is the ruling party in Nigeria and is the largest political party in Africa going by figures of its just-concluded membership registration. We stand at over 40, million registered members.

“We, therefore, look forward to more robust engagement between our countries and even on political parties basis,” he said.

DAILY POST reports that the party, between February and April 2021, conducted a membership registration and revalidation exercise across the country.

The exercise was aimed at giving prospective members the chance to be officially registered in the part.