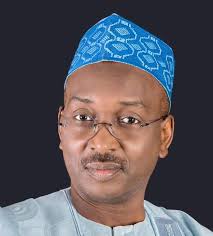 The Director-General, All Progressives Congress (APC) Progressive Governors Forum (PGF), Dr Salihu Moh Lukman, has said that the most urgent task for the new National Working Committee (NWC) will be to ensure that membership data is updated electronically without the tedious process of handling it in an analogue fashion.

Setting targets for the party’s leadership, he urged them to embark on collation of an electronically based data of all members of the party across the country as part of plans to reposition the party.

Lukman also took time to explain some of the measures he thinks should be implemented to make the APC to function more effectively as a real progressive political party.

“I believe as a party, immediately after the Convention, the first thing the new leadership should do is to have a membership data that is computerized. We can’t continue to have a situation where our membership data is not electronically preserved.

“We must ensure that our membership data is updated electronically without the tedious process of handling it in an analogue way.

“Secondly, we must have a national secretariat because membership is everything to a political party, a situation where the administrative framework of the national secretariat is so weak and loosed that it link to what is obtainable at the local government and state levels and creates its own complications.

“So, the first thing the new leadership must do is to reorganize the national secretariat in such a way it has that organic relation between it and all the structures of the party so that at the ward level, even if somebody leaves the party, it will be immediately known by the national leadership, and if somebody joins the party, he should quietly be registered at the ward without the noise in the media, it should be seamless,” he charged.

The PGF DG also spoke on the internal crisis rocking the party and insisted that it is not peculiar with only the APC, emphasizing that as a convergence of people from diverse backgrounds and interests, there are bound to be minor disagreements which do not necessarily mean that the party will implode.

He also pointed out that even before and immediately after the meager that brought the APC, many analysts had thought that the party was going to disintegrate, assuring that whatever seems to be the situation today will still be handled by the party.

“The major issue is that even before the meager, there is the notion that parties do not have the power to win the confidence of the people as it were. I also do not think that while negotiating for the meager, nobody believed it was going to be a party that can appeal to everybody. Even some people in the meager had sympathy for the PDP then.

“One basic issue is the need to have strong point about the need to institute reconciliation within the party. The major issue we have insisted is that you can’t have a political party without a credible membership register.

“Good enough the Caretaker Committee bought that idea and we have done it and that is the basic of the new book I have written. It is a contribution to help in an advisory capacity to support the leadership to know what needs to be done to make the party appeal to the Nigerian people,” he said.

According to Lukman, the party must be run democratically where all the organs have the opportunity to discharge functions unlike what obtained in the last National Working Committee (NWC) that did not function in tandem with the books of the party.

“There is the need for the party to be democratic which means that organs of the party should be meeting regularly to be taking decisions; when we talk about party supremacy, it is not the position of an individual leader that should serve as supremacy of the party when the organs are not meeting which is the major issue with the last NWC, the National executive Committee (NEC) wasn’t meeting, the only organ that was meeting was the administrative organ and it was difficult at that time to now say that the Constitution of the party was being respected.