Intrigues over zoning arrangements, concerns about planned imposition of candidates, the insoluble controversy over consensus adoption of chairmanship candidate and ultimately the confusing status of the secretary of the All Progressives Congress (APC) Caretaker/Extraordinary Convention Planning Committee (CECPC), Senator John James Akpanudoedehe, currently combined to threaten the conduct of the party’s March 26 national convention scheduled for Abuja.

With the vacation of the court order stopping the national convention and the reconciliation of the disturbing leadership crisis rocking the party, everything seems to be falling in pleasant places for the party ahead of the convention.

For close to two weeks, the ruling party has been in turmoil and practically a house of commotion over the confusing status of the chairman APC Caretaker/Extraordinary Convention Planning Committee (CECPC), Mai Mala Buni, replaced by Governor of Niger State, Sani Bello, while he was on trip for a medical trip outside the country.

The hostile situation resulted in the security agents occupying the party’s national secretariat, it came with apprehension, confusion, mistrust, intrigues and more importantly palpable doubts over the possibility of the convention holding.

But, with the directives from President Muhammadu Buhari for the warring factions to return to status quo ante, and the peace meeting among the gladiators after Buni’s return from his medical trip, normalcy apparently seems to have returned to the party.

However, the confusion trailing the micro-zoning of the national offices in almost all the geopolitical zones, the bile against the speculated consensus arrangement for the national chairmanship position, the alleged imposition of candidates and the status of the Secretary Caretaker Committee, Senator John James Akpanudoedehe, currently pose fresh challenges to the conduct of the convention.

Conflicting letters and reactions to authenticate the future of the party’s chief scribe, Akpanudoedehe, had taken the centre stage within the week. While the ten-member CECPC claimed that he has been sacked after the overwhelming vote of no confidence passed on him, he had insisted that he is still in charge, going by the President Buhari’s letter for status quo ante to be maintained.

Governor Sani Bello-led ten-member CECPC had claimed, in a letter, that full quorum of the Committee, 2/3rd requirement, had passed a vote of no confidence on him, urging him to steps aside as the Secretary of the Committee and stop forthwith all activities and duties associated with the office.

“We, the members of the CECPC of the APC as duly constituted on the 25th of June, 2020 by the National Executive Committee (NEC) of our great party, and sitting in our regular meeting on the 8th day of March 2022, hereby unanimously resolved and adopt a motion of No Confidence on the Secretary of the Caretaker Committee of the APC.

“We direct that from today henceforth, he steps aside as the Secretary of the Committee and stop forthwith all activities and duties associated with the office.

However, responding to the purported vote of no confidence, Akpanudoedehe, while dismissing it, declared: “I am still the secretary of the Caretaker Committee.”

Reacting equally to the development, former APC spokesperson, Hon Yekini Nabena, argued that the CECPC lacked the power to take such sensitive decision.

The intrigues surrounding the status of Akpanudoedehe, whose signature is required to authenticate the correspondences between the party and the Independent National Electoral Commission (INEC) has not only stopped the proposed emergency virtual NEC meeting but also pose a threat to the convention.

But the leadership crisis may presumably be a child’s play to the controversy over the consensus adoption of chairmanship candidate, planned imposition of candidates and the confusion over the zoning arrangements.

Within the week, the erstwhile Director-General APC Progressive Governors Forum (PGF), Salihu Lukman, raised alarm over an alleged plot by one of the legacy parties that formed the APC, the Congress for Progressive Change (CPC) to impose candidates on the party.

In a statement released to newsmen in Abuja, the APC chieftain claimed that the political associates in the old CPC should refrain from acts that will undermine the authority of the President as the leader of the party.

Part of the sentiment being used by the London lobby team, comprising Sen. Sirika, Mallam Malami, Mallam Adamu and Hon. Aliyu, according to Lukman, was to ensure that the old CPC leaders are not ‘marginalised’ in the new APC leadership to emerge from the March 26 national convention.

His words: “There were many instances leading to imposition of candidates during elections, which undermined the electoral viabilities of parties associated with the President. From the ANPP in 2003 and 2007 to CPC in 2011, this has been the reality. Often, individual politicians with these self-serving agenda have used it to impose themselves on party members as candidates for elections.

“Although there are many instances whereby imposed candidates win elections, there are also many instances when acts of imposition destroyed the electoral advantages of the parties leading to the loss of elections. This was partly the reason for the large-scale defeat of CPC in 2011 election in Kano, Kaduna, Bauchi, Katsina and many states.

“Perhaps, it needs to be highlighted that while the team of ‘CPC London lobbyists’ used the CPC sentiment to push for the anointment of Hon. Aliyu as Deputy National Chairman North, they were not interested in the reversal of the speculated anointment of Sen. Adamu as the President’s choice for the National Chairman in favour of Sen. Umaru Tanko Al-Makura, who is by far the most qualified former CPC leader aspiring for the position of National Chairman.

“Noting that Sen. Adamu was never a member of CPC, unlike Sen. Al-Makura who was the only elected CPC Governor in the country between 2011 and 2013 when CPC was dissolved into the current APC, why shouldn’t any CPC lobbyist prioritise the case of national chairman over and above a deputy national chairman?

“This partly highlights the limitations of all the scheming influencing many of the President’s decisions to reverse decisions he took around all the leadership contestation in the party. Why should the President endorse Sen. Adamu over Sen. Al-Makura as the National Chairman of the APC? Didn’t Sen. Al-Makura defeat Sen. Adamu, which made the CPC to have the only state, Nasarawa, it won in 2011?”

Expressing disappointment over the zoning arrangements, the party stakeholders from the South East geopolitical zone, have rejected the position of Deputy National Chairman (South) zoned to it, preferring the position of National Secretary.

A member of the South East party caucus told Saturday Sun that though the five states in the zone have settled the micro-zoning arrangements among them, they are still desirous of the position of the party’s chief scribe.

Speaking on behalf of the pro-Yari’s group after purchasing the form, Senator Tijani Yahaya Kaura, claimed that he jettisoned the zoning arrangement for the national chairmanship position since it is zoned to the Northern region.

Reminded that the position is reserved for the North-Central geopolitical zone, Senator Kaura argued that his group was not aware of the decision, adding that the issue of zoning was yet to be totally resolved.

“As you are aware that all positions of the party that were hitherto in the south will go to the north. Zamfara being in the north is well qualified. We are very ready for the convention come March 26. Yari, being one of the founding fathers of this great party, has contributed immensely and greatly to the betterment and welfare of this party.

“He is ready to lead the party and will not allow it to die. What the party needs now is a unifier. This was a party, which was formed by the coming together of many parties. If care is not taken, the party will be so divided but Yari as a founding father will ensure that the party does not disintegrate,” he warned. 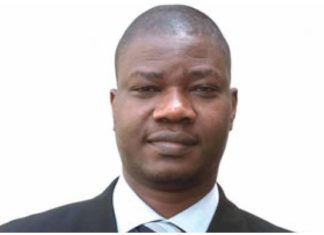