A gale of apprehension, fear and anxiety has gripped the camp of some of the presidential aspirants on the platform of the All Progressives Congress (APC) over the possibility of President Muhammadu Buhari adopting the consensus option if the becomes successful in the selection of the national chairman of the party in today’s national convention.

Mixed reactions have continued to trail the decision of the party to adopt the consensus option in picking the zonal and national officers of the party, including President Buhari’s resolve to muscle six other aspirants for the position of National Chairman of the party for his preferred candidate.

Sensing that the success of President’s decision may also be extended to the party primary to determine the 2023 presidential flag-bearer of the party, supporters of some of the aspirants have not only expressed concern, but also vowed to ensure that the plan did not succeed.

Already, sources in the camps of the support groups of a major contender from the South-West revealed their readiness to draw the battle line, especially on the speculations that Buhari’s ultimate plan is to anoint one of the presidential aspirants and make the party primary a mere formality to only use voice vote to confirm his choice.

“I can confirm to you that we are not comfortable with the speculation that the ultimate plan of President Buhari adopting and imposing a chairmanship candidate on other aspirants is to use the same method for the party’s presidential primary.

“Ordinarily, there is nothing bad with adopting consensus especially as the party has three options of direct, indirect and consensus. However, our fear is that if successfully executed in the chairmanship position during this convention, he may not allow a competitive primary because he will easily impose his choice on others.

“The best time to kill a monster is to terminate it at the embryonic stage. We are afraid that President Buhari may use it to his advantage to scheme out other aspirants. Nigerians know that our principal is the most suitable and prepared person to rule this country after the 2023 presidential election,” the source who spoke to Saturday Sun in confidence quipped.

An atmosphere of fear and anxiety also pervaded the camp of the supporters of Owelle Rochas Okorocha, as some of the supporters equally expressed fear that the real intention behind adopting the consensus option may be to extend it to the presidential party primary that may tentatively take place next month.

Interestingly, despite the disquiet from the camp of some of the aspirants for the 2023 president, it was an entirely different feeling in the camp of Vice president Yemi Osinbajo.

Reacting to the situation, the Director Technology ICT and Strategy for the Osinbajo Support Group, Jeffery Omoh Ozemegwa, expressed confidence that whatever option Mr President adopted will be in favour of their principal.

“I don’t think there is any reason to entertain any fear over the consensus option that Mr President adopted for this convention.  I am not sure that it will affect us because the decision was taken by the presidency. It is a collective decision. Don’t forget that our principal has not formally declared his interest.

“The situation will become more clearer when he declares. We will be very comfortable with any decision collectively reached in picking the presidential candidate of the party. We are sure that our principal Osinbajo will be part of the discussion and agreement reached. We, the 720 groups, will abide by any decision taken provided that it is for unity to rain in our party,” he said. 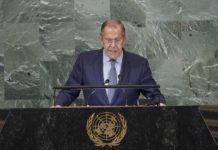