A South-West Pressure Group, the Lisabi Progressives Union, have reaffirmed their support for the chairmanship bid of Niger East Senator, Mohammed Sani Musa.

The leadership of the group at a press briefing, yesterday, in Abeokuta, the Ogun State capital, stated that their position has not changed on their preferred choice of Sani Musa as the right man for the national Chairman of the All Progressives Congress (APC).

The group’s National President, Adeleke Lukman, who spoke on behalf of the union, said members of the progressives family were not swayed by media propaganda and deliberate misrepresentation of events to swing stories of purported endorsement of a particular candidate by Mr. President to intimidate other candidates.

“Today, we make bold to say that the purported endorsement of a particular candidate few weeks to national convention is laughable and only exists in the imagination of those who sort to achieve a sinister motive and further plunge our party into chaos. Our leader, President Muhammadu Buhari is a democrat and would never be a part of such cheap charade”.

“We believe that all the aspirants contesting for the position of the national Chairman of our great party are eminently qualified, and as such, we expect the candidates to campaign vigorously and consult with party leaders on thier aspirations. It makes a mockery of the entire campaign process when a candidate who was never in the race is now purportedly being foisted on other candidates who have put in the hard work to campaign legitimately within the provisions of our party constitution”

“Our stands remains the same, recall that in August 2021, we prevailed on Senator Sani Musa to contest the vacant national Chairmanship position of the All Progressives Congress, and today, as a group, we’re happy that he heeded our call by purchasing and submitting his nomination and expression of interest form” Lukman stated.

Comrade Adelek Lukman also disclosed to newsmen that members of the Lisabi Progressives Union have finalized plans to storm the Eagle square Abuja in their numbers, ahead of the APC national convention slated for March 26.

He stated further that, asides the massive support that the group is drumming for the emergence of Senator Sani Musa, the delegates amongst them were battle ready to cast their votes for the Niger East Senator and sway opinions of other delegates from Ogun State in his favour. 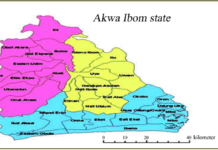 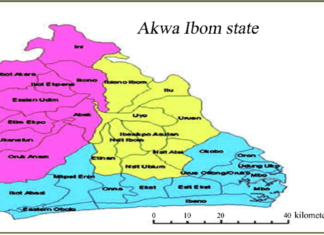