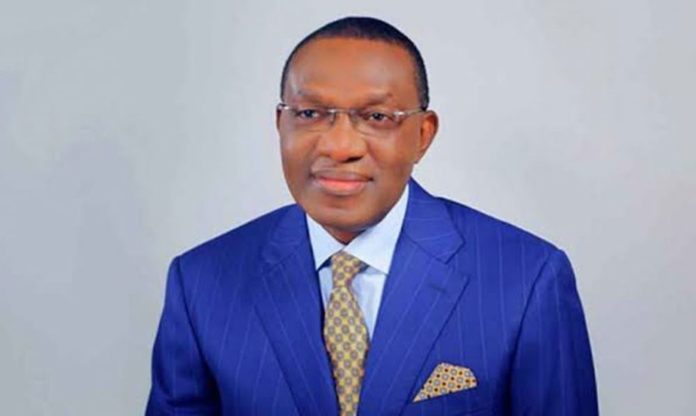 The Chairman of Anambra State chapter of All Progressives Congress (APC), Chief Basil Ejidike has charged the local government and wards party chairmen and secretaries to move into hinterlands to mobilize voters for its candidate, Sen. Andy Uba.

Ejidike who made the charge during the meeting with the 21 local government areas and 326 wards chairmen and secretaries of the party and stakeholders at Awka, said that APC is the party to beat in the forthcoming election.

He said that the party has united since Sen. Uba emerged as its governorship candidate, saying that APC has gained more members, support and acceptance by the people of the state.

The party chairman appealed to those who felt offended after the primary election to forgive and join the moving train to Government House.

“Since our credible candidate emerged in the primary election in the person of Andy Uba, the party has witnessed major Tsunami in defection to APC due to the person of our candidate. We expect more defectors in the recent time because we have the most qualified candidate in the November 6 governorship election who has been in the presidency and in the senate.

“In the next two months, Anambra State will be APC state and we are poised to become one party state. We should unite like a bunch of broom to win the next governorship election. We should forget what the oppositions are saying that we are divided but it is untrue because we have united like ever before after the primary election.

“We have gained a serving Senator, Sen. Stella Oduah and former senator, Sen. Joy Emordi, six serving House of Assembly members, former commissioners and before the November election more Assembly members will join APC. Many other people of the state have registered in APC’s evidence of good governance and connect to the centre.

“I’m aware that more governors from Southeast will soon join  APC. After winning Anambra election, the next one is to take over the Southeast for 2023 president. Power is not given or begged for but power is fought for and negotiated. We cannot continue to remain in opposition again at the centre. We should leave what divide us but think of things that unite us as a party at the state and at Southeast levels” Ejidike said.