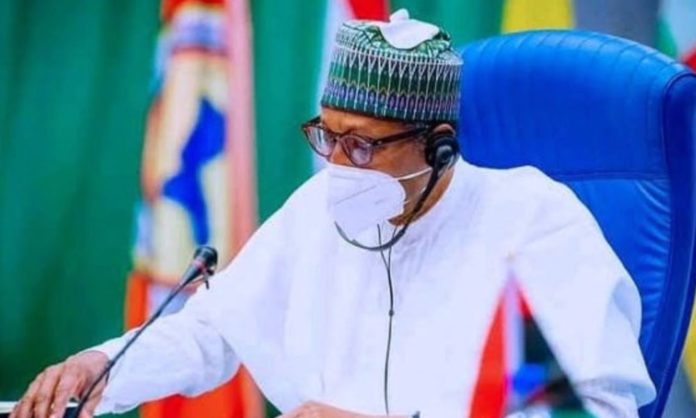 The All Progressives Congress, APC, Committee of Chairmen in Diaspora (Europe) has called on President Muhammadu Buhari to intervene and allow the Gov. Mai Mala Buni-led Caretaker/Extraordinary Convention Planning Committee conduct the party’s national convention and the presidential primary.

The group said the committee has followed international best practices that must be adopted in charting the way forward for APC ahead of the 2023 general elections.

The APC committee chairmen in Europe disclosed this in a statement today in Sweden co-signed by its President, Dr. Maxwell Okolo and its Secretary, Margrette Mark.

The statement read in part, “The All Progressives Congress (APC) Committee of Chairmen in Diaspora (Europe), having reviewed recent developments in the party, has called for the adoption of international best practices in charting the way forward for the APC at this crucial time with the general elections around the corner.

“We’ve keenly monitored the subversive efforts by persons that don’t mean well for the party; these are the vested interests that have been creating the impression that our great party is irretrievably mired in crisis when the reverse is the case.

“Available indices prove that the Caretaker Committee, ably led by Gov. Mai Mala Buni, has exceeded expectations in stabilizing the party and reconciling identified factions in the various state chapters.

“Since we’ve noticed that the Committee is keen on concluding and handing over to an elected Executive Committee, APC Committee of Chairmen (Europe) has found it pertinent to urgently appeal to Mr. President [Muhammadu Buhari] who is the leader of the party, the Caretaker Committee, APC Governors’ Forum, and all other stakeholders to prevail on the Committee to remain in office and properly finish its job.”

The statement added that the APC can’t afford the distraction of planning two key events that can be merged into one particularly the general elections being about one year away.

It said that the APC must resist the temptation of being dragged into adopting approaches that have proven catastrophic for other political parties in the country in the past.

The statement further stated that the Caretaker Committee must therefore be allowed to conclude the task assigned to it.”

DAILY POST reports that is coming less than two days after the All Progressives Congress Youth Development and Solidarity Vanguard issued warning to those it described as troublemakers to quit their quest to jeopardize Gov. Mai Mala Buni-led Caretaker Convention Planning Committee’s roadmap for the party.https://dailypost.ng/2021/12/29/2023-apc-youths-warn-those-planning-to-truncate-gov-buni-led-caretaker-committees-roadmap/