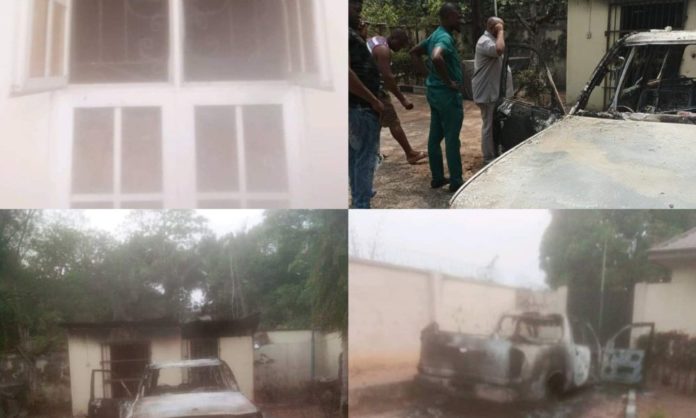 A 2023 governorship hopeful, James Okereke Anyaogu, has frowned at the unfortunate attack on the residential house of ex-member of House of Representatives, Nnenna Ukeje-Elendu in Alayi, Bende Local Government Area of Abia State.

DAILY POST had reported that the residential building of the former member who represented Bende Federal Constituency of Abia State at the House of Representatives, Nnenna Ukeje-Elendu was burnt by unidentified hoodlums in Alayi, Bende Local Government Area of the State.

The Deputy Chairman of Bende Local Government Area of Abia, Promise Uzoma Okoro, confirmed the development in a statement.

Okoro revealed that the hoodlums had invaded the residential house in the early hours of Tuesday, 1st, March 2022, by 2am, burning down vehicles and other valuable properties in the building.

Reacting, Anyaogu, in a release signed and made available to journalists in Umuahia, on Saturday, charged security agencies in the state to conduct a thorough investigation to unravel the perpetrators of the evil act.

He called on the people of Alayi Community in Bende LGA, particularly the youths, to remain law-abiding in the face of the provocation and allow the security agencies to do their work.

Anyaogu, who also hails from Alayi Bende community, maintained that arson, incendiarism and other deliberate act of violent destruction of properties have no place in the 21st century Abia State.

In the same vein, the socio-cultural umbrella of the country-home of the victim, Akoliufu Alayi Development Union, has unequivocally condemned the unwarranted intrusion and subsequent burning down of the residence of Nnenna Ukeje-Elendu, by yet to be identified arsonists.

Arising from their emergency meeting the Development Union, urged the law enforcement agencies to, without any procrastination, arrest and prosecute those behind the dastardly act and their sponsors.

Their position on the ugly incident was contained in a communique jointly signed by the President-General, Chief Uchechukwu Kalu and Secretary-General, Chief Mike Elendu respectively.

According to the union, “there’s no reason whatsoever, why such condemnable intrusion and the burning of our sister’s home should be thought of, much less carrying it out. The pictures uploaded depict the veracity of the despicable act by those monsters.

“Akoliufu Alayi Development Union Worldwide, will not tolerate such inhuman and nefarious act by those criminally minded arsonists or any other group(s) nursing such a feeling now or in the future”, the communique partly stated. 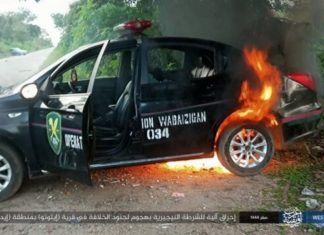