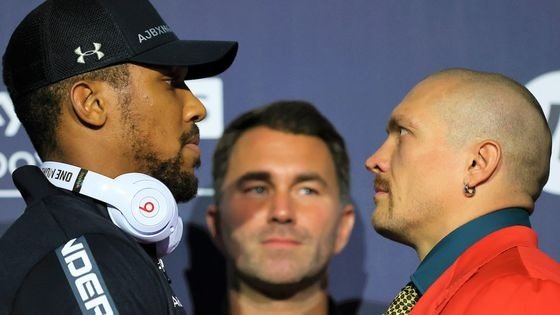 Lawrence Okolie defends his WBO cruiserweight title on the Joshua vs Usyk undercard, with Callum Smith and Campbell Hatton also returning on a bumper bill.

Hatton, a 20-year-old lightweight prospect, can extend his unbeaten record to four victories when he takes on Sonni Martinez.

Florian Marku attempts to build on his impressive stoppage win over Rylan Charlton in February as he challenges Maxim Prodan for the IBF International welterweight title.

Adam Smith, Head of Boxing Development for Sky Sports, said: “Joshua vs Usyk will be an unmissable evening of action, with Lawrence Okolie, Callum Smith and Campbell Hatton all featuring on a bumper bill at Tottenham Hotspur Stadium, live on Sky Sports Box Office.

“We’ve followed Lawrence Okolie’s career since the start and he’ll be determined to light up north London with an explosive defence of his WBO cruiserweight belt.

“Callum Smith is on a collision course with new world title rivals, having joined the light-heavyweight division, and Campbell Hatton continues his journey up the pro ranks with the help of Matthew and Ricky Hatton.