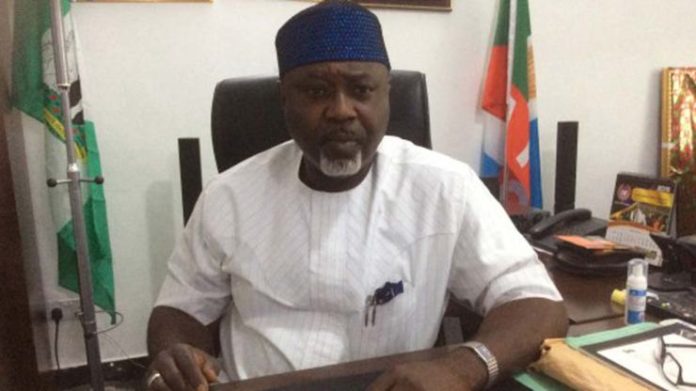 The Abuja division of the Court Appeal has uphold the judgment of the Federal High Court which set aside the candidacy of Andy Uba as candidate of the All Progressives Congress (APC) in the recent governorship election held in Anambra State.

The appellate court in a unanimous judgment delivered by Justice Danlami Zenchi accordingly dismissed the appeals brought by Andy Uba and the APC against the judgment of the trial court for lacking in merit.

The two dismissed appeals are

The court aggreed with the submissions of the counsel to Moghalu, Chief Chris Uche (SAN) and dismissed the appeals for lacking in merit and affirmed the decision of Justice Ekwo of the federal high court delivered on December20, 2021.

Justice Inyang Ekwo, of the Abuja division of the Federal court had in his judgment that was been challenged at the Court of Appeal, held that Mr Uba was never a candidate in the poll having emerged from an illegally conducted primary election by the APC.

Mr Ekwo held that the plaintiff, George Moghalu, succeeded in proving that the APC did not conduct a valid primary election which Mr Uba claimed to have won as the party’s flag bearer in the November 6, 2021 election.

Consequently, he ordered the Independent National Electoral Commission (INEC) to delete Mr Uba’s name from its record as a candidate in the election.

Justice Ekwo equally ordered the APC to refund to the plaintiff N22.5 million he paid for expression of interest and nomination forms since the party failed to conduct a valid primary.

Andy Uba had emerged as the candidate as the APC’s candidate at the primary election held on June 26, 2021.

Moghalu contended that the APC did not comply with the relevant provisions of the Electoral Act 2010 and the APC’s regulations and guidelines in the conduct of its governorship primary in Anambra State.

Meanwhile, the November 6 election has since been won by the governorship candidate of the All Progressives Grand Alliance (APGA), a former Governor of the Central Bank of Nigeria (CBN), Charles Soludo, who was inaugurated in March.

In the suit, Moghalu urged the court to determine whether a political party that fails to comply with the provisions of the Electoral Act (2010), the party’s constitution and its guideline, can validly field a candidate for the election.

The plaintiff’s lawyer, Chris Uche, who is a Senior Advocate of Nigeria (SAN), informed the court that his client’s grouse was that the “so-called primary election”, which produced Mr Uba as APC’s candidate for the Anambra governorship poll, breached the Electoral Act and the APC guidelines for the conduct of the exercise.

This report, according to the plaintiff’s lawyer, corroborates his client’s claim that the APC did not hold a valid primary in Anambra State.

He prayed the court to declare that, by virtue of the APC’s alleged non-compliance with the provisions of the Electoral Act 2010 and the party’s regulations and guidelines in the conduct of its primary in Anambra State, Uba “is not a candidate at the said 6th November 2021 gubernatorial election or at any subsequent postponement.”

The plaintiff equally asked the court to declare that the APC was bound to comply with all the relevant legal provisions in the conduct of its primary election after having demanded and received N22.5 million from him and other 13 aspirants.

He also asked the court to, among others, declare that having allegedly failed to comply with the relevant applicable laws, the APC had no candidate for the governorship election.

He, therefore, urged the court to order the party to refund the N22.5 million he paid for the expression of interest and nomination forms.

Furthermore, he asked the court to grant a perpetual injunction to restrain Mr Uba from parading himself as the candidate of the APC in the (then) forthcoming election.

“An order of mandatory injunction compelling INEC to delist the APC and Uba from the list of political parties and candidates for the election,” Mr Moghalu added.

He urged the court to grant his client’s prayers, including nullifying the primary election and ordering a fresh one or making any order the court considered to be necessary.

Mr Uba’s defence team led by another Senior Advocate of Nigeria, Mahmud Magaji, argued that the plaintiff failed to establish that a valid primary was not held.

They also contended that the plaintiff lacked the right to institute the suit to challenge a primary he did not participate in.

They urged the court to decline jurisdiction and dismiss the suit.

Similarly, the APC, through its lawyer, Vincent Otaokpokpo, urged the court to dismiss the case or convert the suit to one that would require parties to lead oral evidence by calling witnesses.