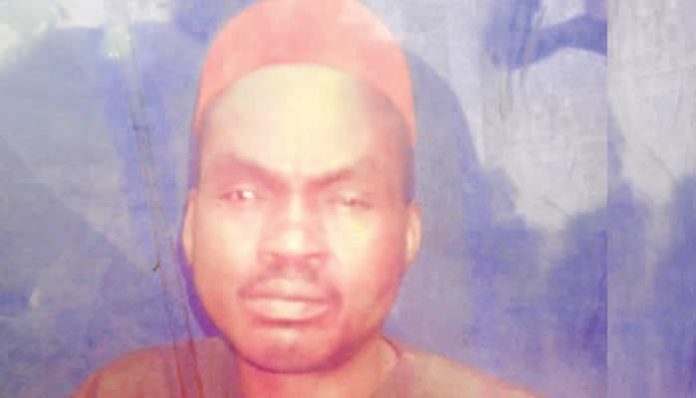 MEMBERS of Anaku community in the Ayamelum Local Government Area of Anambra State have been accused of frustrating investigations into the murder of a 53-year-old farmer, Mr Okoye Tagbo.

Tagbo, who hailed from Umuokpanta, Orenja village, Omor community, was killed by some youths on January 10, 2022, as organs of his body were allegedly removed and used to appease the Anaku deity known as Ekwensu.

Both Anaku and Omor communities have been at loggerheads over claims to farmland at the boundary of both communities.

The unresolved crisis led to killings, abductions and destruction of lives and property in both communities.

Our correspondent, on Sunday, gathered from the Chairman of Ayamelum LGA, Mr Benjamin Onyeabor, that five suspects were arrested over the killing of Tagbo, while two principal suspects were still at large.

Onyeabor disclosed that community leaders in Anaku had initially agreed to produce the two suspects, but later reneged and started frustrating investigations.

He said, “As the local government chairman, I am not holding brief for any community, but all I know is that Omor community has been reporting cases of killings of their people by the Anaku people and the use of their body parts to appease a deity.

“Last year alone, three people were allegedly killed and now this one that happened on January 10, which we are still battling to resolve.

“The police have, so far, arrested some people, who they said are conspirators in the crime, but the two principal suspects, who we gathered are the chief priest and the custodian of the deity, are still at large.

“We met with the Anaku people the day after the incident took place and they promised to produce them. But two days later, they told us that they couldn’t, claiming that those people were too powerful.

“The Divisional Police Officer in Anaku is also not making enough efforts in this regard. He has refused to arrest and prosecute the principal suspects according to the law. He said he and his team lived in Anaku and that it would be dangerous for them to do that.

“I am calling on security agencies and other relevant authorities to invade the Anaku shrine where their deity is and destroy it; this is an age-long deity that is outdated for this 21st century. I grew up knowing about this deity. Every year it must be appeased with human body parts like hearts, eyes and legs. This is barbaric and it must stop.”

The traditional ruler of Omor kingdom, Igwe Chris Chidume, who spoke to our correspondent, condemned the killings of human beings to appease a deity.

He appealed to security agencies to destroy the deity.

The monarch said, “The continuous killing in the community is sad. I condemn it in totality and so should every well-meaning citizen because it’s an ill wind that blows no one good.

“I also appeal to Anaku community to do away with this Ekwensu deity that is always demanding human sacrifice. It is not a modern religious practice and this constant killing of people is enough reason for them to abolish it.”

The monarch urged his subjects not to take the law into their hands and allow the police to carry out investigations.

The police spokesman, DSP Ikenga Tochukwu, who confirmed the incident, said some names of the alleged killers had been given to the police by community leaders.

He said, “Some persons have given us information which we are working on and I can assure you that anyone mentioned will be invited and questioned.

“We are leaving no stone unturned in the ongoing investigation in the area. Meanwhile, operation is still ongoing and security agents are on the ground to prevent a reprisal. Further details shall be communicated please.”

Efforts to speak with the Anaku people proved abortive as their representatives promised to get back to our correspondent.

As of the time of filing this report, they had yet to get back.