The Anambra State House of Assembly, on Thursday, confirmed all the 20 commissioner nominees presented to it by the state Governor, Prof. Chukwuma Soludo.

The governor, more than a week ago, forwarded the list of the nominees to the state legislature for screening and confirmation.

Their confirmation followed the adoption of the report of the Assembly’s screening committee at plenary on Thursday in Awka, the state capital.

Chairman of the screening and election committee matters, Pascal Agbodike (APGA-Ihiala 1), while presenting the report, said that the 20 nominees met the requirements needed to be members of the state executive council of the new administration in the state.

Agbodike, who doubles as the Deputy Speaker of the Assembly, said that they had all attained the mandatory ages required for appointment as commissioners in the state and that they had shown sufficient interest and ability to serve the state.

The representative of Orumba North in the Assembly, Emeka Aforka, supported Agbodike and urged his colleagues to do same to enable the governor speed up the implementation of his developmental projects in the state.

The lawmakers, thereafter, confirmed the nominees through a voice vote.

Speaker of the Assembly, Uchenna Okafor, in his remarks, urged the nominees to see themselves as agents of positive change in the state.

He also urged them to support the governor in implementing his policies and programmes to uplift the living condition of Ndi Anambra.

Okafor, however, disclosed that the Governor also sent another letter requesting the screening of a new Commissioner for Special Duties, Mr. Silvester Ezeakanwa, for confirmation.

The Commissioners, in their remarks, pledged to work for the collective good and development of the state. 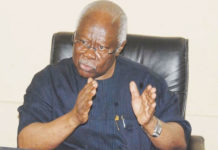