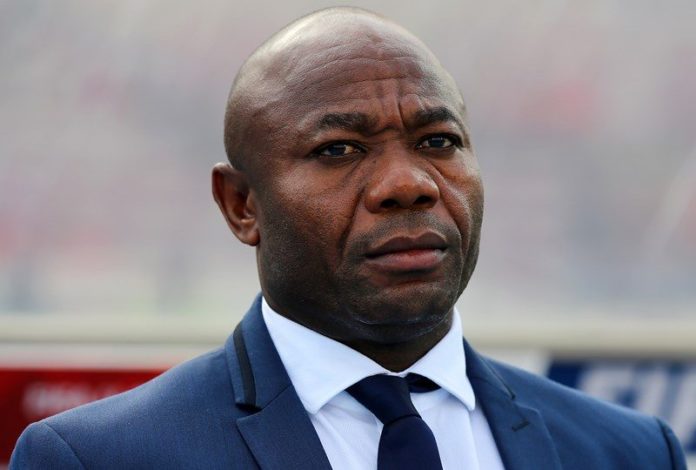 Former Nigeria international, Emmanuel Amuneke, has feigned ignorance of his purported appointment as assistant coach of the Super Eagles alongside Austin Eguavoen.

Speaking from his base in Spain, exclusively to DailySunsports during the week, the former Golden Eaglets coach said he was unaware of the appointment.

According to the former Tanzania national team coach, neither the Nigeria Football Federation (NFF) nor the Federal Ministry of Youth and Sports has yet contacted him for the job of coaching the Super Eagles.

“I’m not aware of any appointment with the Super Eagles or any job with the Nigerian government. I just returned to my base in Spain from the CAF Technical Study Group duty at the Africa Cup of Nations in Cameroon and I read the story of my appointment from the Internet,” he said.

The AFCON winner with the Super Eagles in 1994 as well as the 1996 Atlanta Olympic Games said he carried out CAF duties was at Geroua, venue of the Super Eagles AFCON matches and even visited the team at their hotel.

“I was in the team’s hotel in Cameroon countless times and there was no time the appointment was discussed with me,” he added.

Asked if he would be willing to accept the offer when finally approached, Amuneke said until the offer comes first before making his decision.

“Right now, nobody has contacted me, not even the NFF or the Sports Ministry. Until an offer is made, I will rather not talk on that,” he sounded off.