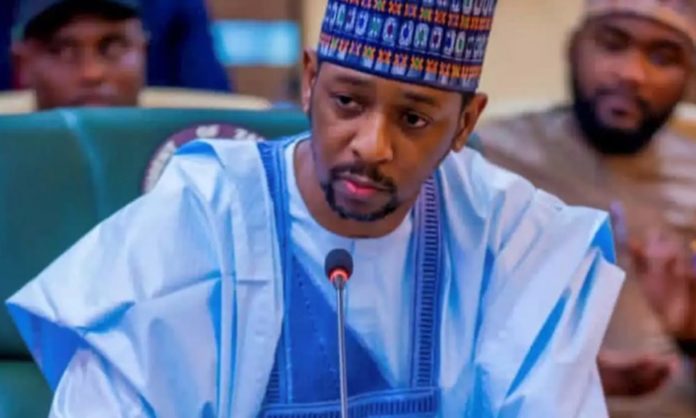 The Zamfara State chapter of the Peoples Democratic Party(PDP) has lamented that the inauguration of a 7-man judicial panel to investigate the state Deputy Governor, Barrister Mahdi Aliyu Gusau was an abuse of the court order.

Speaking with DAILY POST on telephone, the state PDP Legal Adviser, Barrister Bashir Abubakar Masama, said it was the highest degree of ignorance for the state House of Assembly to write to the state chief judge to constitute a judicial panel while the case is still in the Federal High Court, Abuja.

“The Federal High Court in Abuja had ordered that every body should maintain status quo until the outcome of the case and we have written to the state chief judge.

“The House forgot that the panel would invite the Deputy Governor, Barrister Mahdi Aliyu Gusau to defend himself before it would conclude its assignment,” he added.

Barrister Masama noted that the same House of Assembly initiated the 7-man judicial panel and the House could not wait for the panel to finish its investigation and submit its report before boasting that no court order can stop it from impeaching the Deputy Governor.

“This signifies that the State House of Assembly is not following due process in their activities.”

He said that all PDP leaders in the state have deserted the state for the fear of being killed mercilessly by the ruling APC thugs in the state, saying the only member of PDP has in the state House of Assembly, Hon. Salisu Zurmi has escaped from the state and nobody knows his whereabouts.

Speaking further, the PDP Legal Adviser in the state said that recently, the state secretary of the party, Hon. Farouq Ahmad also escaped from the state as his life was being threatened by the ruling APC thugs.