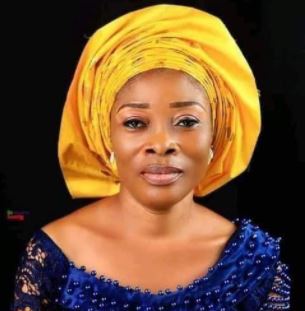 The Acting Chair of Mkpat Enin Local Government Area of Akwa Ibom State, Mercy Bassey, has stressed the need to develop the rural communities with funds accruing to council areas instead of engaging in unnecessary politicking and struggle for positions.

Bassey told pressmen while conducting them around some of the projects she has executed within the 30 days she has been the acting chair following the suspension of the substantive chairman, Mr Aniekpon Ekpo, by the state House of Assembly, that she was more focused on maintaining her office and embarking on some development projects than rushing to occupy the office of the chairman who is only on suspension.

She said she decided to give a facelift to the council secretariat beginning from the entrance and parameter fence which now wear a new look, to the massive renovation of Ekong Sampson hall, a major rallying hall of the people of the area, which had since been in a dilapidated state.

Explaining that her goal is to provide a serene and secure work environment to the council staff, Bassey said she had also concluded plans to properly furnish and equip offices for supervisors and councillors who hitherto had no furnished offices to deliver their mandate to the people.

To confirm this, the acting chair said within her few days in office, the royal fathers, the hall has been relocated from a canteen to a befitting council donated to them by ExxonMobil but under lock for years now. She said the massive turnaround was in fulfilment of some of her major dreams and desires for the council area.

While thanking her team for partnering in the development of the area, Bassey said the achievements were from the allocation to Mkpat Enin.

“I have been part of the system which came on Dec 7, 2020. I am sensitive to aesthetes. I felt these things needed to be done. some places were an eyesore. so when the opportunity came, I had to strike.

“I have the best of key players with over 70 per cent being women. they are always available. Women can truly work as a team. I have to give it up to the women so that posterity would open more doors for us women.

“When you have a plan, your drive is regulated. It’s all about determination and planning. I’m an educationist, and the quality of a teacher must come into play. A teacher should be a good leader, a good follower and a fast learner.”

“Ekong Sampson Unity Hall plays a major role in the lives of Mkpat Enin people. The hall was an eyesore before now, we are working round the clock to turn it around, to give the people a decent place to hold meetings.

“For the entrance, we needed to replace it with the colour of Mkpat Enin. The signage, we needed to use that to reintroduce the secretariat. security post, to control the influx of persons. The generator house was completely dilapidated, and repairs of the powerhouse are to ensure the council is powered beyond the Chairman’s office.

“The 42 Junction which has been remodelled is a sign that tells you that you are now in Mkpat Enin cos it ushers you into the road leading to council secretariat.

‘The Traditional Rulers Council is ExxonMobil’s project but was not completed, the royal fathers had no place to stay. so we negotiated for the keys and did electricals and a few other finishing works.

“The main administrative block is more like a living room, work had started so we needed to complete it. walking into a serene council secretariat gives me peace of mind. We have just ordered furniture for nine supervisors and 30 councillors

Bassey, who pledged to further expand the renovation works depending on the availability of resources, also used the occasion to assure Mkpat Enin Children of a befitting stadium to celebrate Children’s day come May 27.