An All Progressives Congress (APC) governorship aspirant in Akwa Ibom State, Prof Christopher Ekong, has urged other contestants who lost the primary, to rally round the winner, Mr Akan Udofia, so that the party would  win the 2023 gubernatorial election.

He lamented that after the primary which Udofia won, some segment of the party led by otherwise great party men and politicians, had elected to reject the exercise, even though it was free and fair.

Addressing a press conference, yesterday, at the Correspondents Chapel of the NUJ in Uyo, Ekong, who titled his press text: “We must not allow individual goals, greed, hatred, self-centredness and unforgiving spirit kill our party”, said he had accepted the outcome of the primary and cautioned  other contestants against steps and actions that would weaken the chance of the winner in the general poll.

“Obong Akan Udofia had been declared winner of the APC governorship primary  in Akwa Ibom State. I had since accepted the result as declared by the party. I want to use this opportunity to call on all other aspirants in the race to sheathe their swords and open the doors for reconciliation and healing to support and work with the flag bearer to win the governorship elections come 2023.  The clearest opportunity open to APC to win the elections in Akwa Ibom State is now. So every obstacle on our road and quest to realise this must be avoided. We must accept the choice of the people and that of the party as a sacrosanct mandate that should be allowed to rule the day.”

Ekong who described Udofia as an accomplished son of the state said he sought the cooperation of other contestants not because he was a  frontline contender in the race, but most importantly a participant whose ultimate interest was to emerge the preferred and acceptable choice of the party.

“It should, therefore, be seen as certainly unarguable, that I did not participate in the race to be easily compromised, or at any rate, allow myself or the fate of my other compatriots in that race, who in the instance, represented some the finest crop of Akwa Ibom great sons, to either be defrauded or shortchanged in a race to offer the best leadership and governance solution to our beloved state.

“However, with the close of that august and benchmark event which saw one of the most accomplished sons of our great state emerge and become declared the democratically preferred choice of our esteemed delegates at the polls, I had acted in the true spirit of sportsmanship, appreciated and as well, accepted the position and decision of the All Progressives Congress (APC) as being sacrosanct and supreme in the concluded exercise.”

Ekong said the agitation against the primary was surprisingly aimed at weakening the party in the most  uncharitable manner and character. “This they have  ultimately  revealed in their thinly veiled plot to actively destabilise the party through a divide and rule procedure.”

According to him, such plots were not new to the party as they had done it since 2015 only to use the people to corner Federal Government appointments at the detriment of the entire party in the state.

Meanwhile, some leaders of thought in the APC have commended what they called the free and fair exercise that produced Udofia.

A leaders of the party in the state, Prof. Okon Etim, in a statement, described the exercise as the triumph of democracy.

He said the primary was particularly exhilarating because it featured quality candidates and eventually threw up a technocrat par excellence who would give the ruling party in the state, the PDP  a run for its money and liberate the people from decades of cosmetic leadership.

They noted that the ruling party has now become jittery because the APC has now put its house in order.

According to them, the people of the state have turned to the APC as the platform to achieve the much desired change that they had clamoured for, for decades.

Akpan’s emergence as the APC standard-bearer, the duo noted was a direct response to the yearnings of the people of the state who had become enamoured of his job creation and philanthropic activities in a private capacity across the state.

“As a businessman and technocrat par excellence, he will bring his expertise and vast networks of connections across the country to bear in addressing the challenges that face Akwa Ibom people. He will effectively manage resources to create the Akwa Ibom of our dreams,” the leaders added. 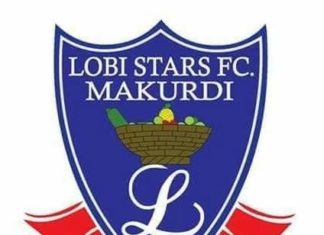