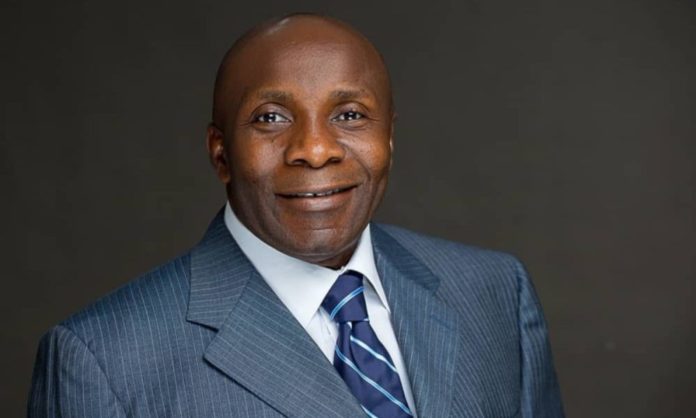 The Secretary of the All Progressives Congress (APC) Caretaker/Extraordinary Convention Planning Committee (CECPC), Senator John James Akpanudoedehe, has come under severe pressure from prominent and critical stakeholders of the party in Akwa-Ibom State to contest the forthcoming 2023 governorship election in the state.

Rising from a crucial meeting of prominent leaders of the state in Uyo, the State capital, the decision to endorse Akpanudoedehe was contained in a communique issued and made available to newsmen in Abuja on Thursday.

The stakeholders, in the communique signed by over 40 elder statesmen from the state, described Akpanudoedehe as the candidate with the capacity to win the election for APC in the state in 2023.

According to the communique, while Atuekong Don Etiebet moved the motion for stakeholders to summon Senator Akpanudoedehe to join the governorship race, Archbishop Samuel Akpan, a former governorship candidate in 2015 and Political Adviser in the state, seconded the motion.

The stakeholders also extolled Akpanudoedehe’s virtues, including his sound educational qualification and knowledge of the political environment, enviable track records in public service, political party administration, vast experience in business, local government administration and exposure to national politics as Minister of the Federal Republic of Nigeria.

They also claimed that his love for humanity and service to the people, relentless energy to mobilize the people, as well as his “capacity to interact with the grassroots put him forward as one with the greatest potential that can win the election for the party in Akwa Ibom state.

“After exhaustive deliberation, the motion was overwhelmingly passed with a notation for the resolution taken by a credible collection of Akwa Ibom APC stakeholders to be conveyed to the Distinguished Senator,” the communique read partly.

The meeting also reviewed various issues of national interest and commended President Muhammadu Buhari’s efforts at managing the country’s economy and the war against corruption.

They equally passed a vote of confidence on the President for the strides he has recorded in securing the nation from insurgency and banditry, reviving the economy, promoting a return to agriculture and ensuring food sufficiency and vast improvements in our national infrastructure.

The meeting also commended the “National Chairman, Caretaker Committee, Mai Mala Buni, for the effective manner he has piloted the affairs of the party and fulfilled the core mandate of its assignment which is to convene the National convention scheduled for February 26, 2022.

“The meeting commended and appreciated our son, Pastor Senator John James Akpanudoedehe (PhD) for his tenacity to hold-forth and strong his duty and responsibility as the National Secretary of our great Party; enduring the pressures on all sides to ensure the entrenchment of 34 out of the 36 APC State Executive Committees in the country,” the Stakeholders noted in the communique.

Meanwhile, the stakeholders have petitioned the national leadership against the Minister of Niger-Delta Affairs, Senator Godswill Akpabio, and almost accused him of being anti-party.

The petition written by Hon Uduak Sunday Etim, the Convener Akwa-Ibom Progressives League, and sent to the national leadership, read: “Already, Senator Akpabio is in talks with the PDP government in the state ahead of the 2023 governorship election.

“The insincerity of Sen. Akpabio and the ADP he sponsors is further exposed in their being privy to the purported recommendations of the Reconciliation Committee, and their call for its implementation. How did they know?

“In the context, we draw the attention of our dear President as the leader of our great Party, APC and the Party’s National Caretaker Committee ably-led by the Governor of Yobe State, H.E. Mai Mala Buni to the sabotaging and anti-party activities of the renegade ADF group.

“They should be discountenanced, entirely, as their motives in our Party are suspicious and bereft of true patriotic integrity. They are simply a hurriedly assembled bunch of NDDC contractors, out to earn their livelihoods through their dubious enterprise,” the petition read.