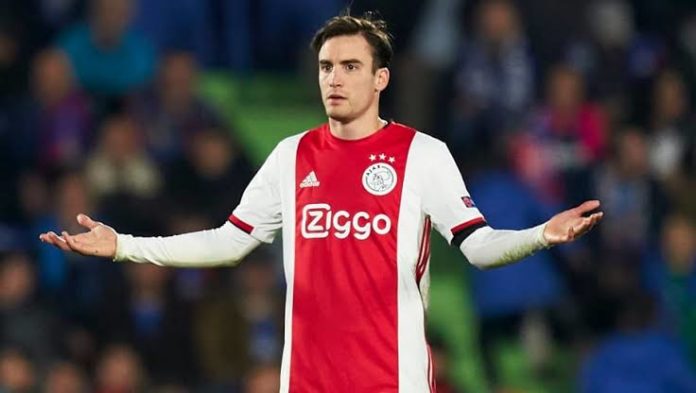 Ajax’s left back Nicolas Tagliafico has expressed an interest to join Catalan club FC Barcelona by next week.

Both Ajax and Barça, however, are undecided as to what type of deal they want to pursue.

Ajax are looking for a permanent deal, setting Tagliafico’s price tag at €7 million. Barcelona, meanwhile, want to bring in the 29-year-old on a six-month loan.

The Argentine considers the move to be a huge chance for his career and is hoping that his Dutch side will let him leave on loan.

In Barcelona’s game against Athletic Club last Thursday, in which they were knocked out of the Copa del Rey, leftback Jordi Alba had put up a poor display.

The Spaniard was responsible for the first goal, failing to properly track Nico Williams on the break, before giving away a penalty in extra-time.

Alba’s loss of form over recent years have drawn criticism from fans of the club on social media, thus may explain the desire of the Barcelona board to bring in a left-back in the winter.

Barcelona have also been linked to Jose Luis Gaya of Valencia, but any move for him in the winter seems impossible. La Masia graduate Alejandro Grimaldo is also rumoured with a switch.