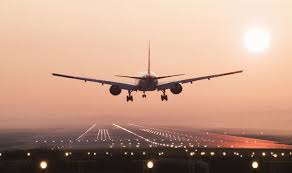 Increase in airfare for domestic travel may be inevitable due to a 200 percent increase in Jet A1 from N190 to N400, scarcity of foreign exchange, sunset operation at airports, among others.

The Chief Executive Officer (CEO) of United Nigeria Airline, Dr. Obiora Okonkwo, who spoke with aviation reporters in Lagos on Wednesday to mark the first anniversary of the airline, said unless domestic operators receive support from the Federal Government, passengers and airlines will suffer due to the increase in operational costs caused by the hike in fuel cost, airport charges etc.

He said domestic airlines are operating in a difficult environment not only because of sunset operations at most airports where flights can’t land at night but because the cost of operations is stifling growth.

“We are operating in a difficult operational environment as the industry has witnessed a lot of inconsistences. The first ever flight we operated, we paid N190 for the first litre of aviation fuel and as at today, aviation fuel is N400 per litre. The base price we sold ticket when we started was N23, 000 when aviation fuel was N190. The first foreign exchange transaction we did when we started was N340 but now, when it is available, it is N450 but when it is not available, the alternative black market cost is N570. It might surprise you to know that despite such increase, today, because of the market situation, you still can buy your ticket at N20, 000 or N21, 000.

“What this means is that since all the airlines are buying from the same market, any ticket at this rate is being subsidised by the airlines. Aviation fuel depending on how it is applied in the aircraft, can easily become 30 to 40 percent of the cost component of your operations. Also, for every ticket you sell, you pay five percent to the Nigerian Civil Aviation Authority (NCAA), there are other deductions to Nigerian Airspace NAMA, FAAN and airport owners. By the time that you remove all these deductions, you have to use your money to finish all of them and also take care of other operational needs. The only thing that covers these costs is the sales of tickets and how much these tickets are sold are very important.

“There would have to be an increase in fare, however, you can’t even talk about the ticket regime because despite the low fare that people pay, there are still others within the same aircraft that pays higher. So if some seats are lower in prices, you can cover it by the cost of higher seats. It is natural, so it is not what is discussed. Airline operators have resolved to find solutions to this because dealing with these problems individually has not yielded the desired results,” he said.

Okonkwo also revealed that in one year, the airline has flown over 260,000 passengers and has safely operated 40 daily flights. The airline has also increased their fleet from an initial four Embraer 145 aircraft to include one Airbus A320. On the airline’s vision, Okonkwo said their vision is to satisfactorily serve the public and become noted for on-time departure.

He assured that the airline has the intention to increase the fleet and add wider body aircraft and that within the next 12 months, it will double the number of their fleets with larger passenger capacity aircraft.

“We hit Yenagoa in July becoming the only airline operating into Bayelsa International Airport. We further responded to high demand on the Owerri, Asaba and Enugu routes by creating additional flights to those airports in November and in December, we started flying into the newly built Anambra Cargo Airport at Umueri. Through this, we have created over 500 direct jobs and more than a thousand indirect jobs. We are now in the process of expanding our domestic operations to reach, in the next few weeks, Benin, Kano, Jigawa and Yola,” he said.