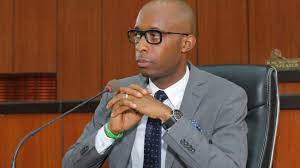 Six political groups have come together to endorse of the former speaker of Akwa Ibom State House of Assembly,  Mr Onofiok Luke for the 2023 governorship election in Akwa Ibom State on the platform of the Peoples Democratic Party (PDP).

The groups that met in Uyo on Saturday, express satisfaction with the manner, Luke, who is the chairman of House of Representatives Committee on Judiciary, has been going about his campaign which they described as “mature, methodological and issue-based”.

In a joint communique issued and signed by the leaders of the groups namely, Social Justice Movement (SJM),  Democratic Alternative (DA) Akwa Ibom Students Congress (AKSC) Not Too Young To Lead Parliament (NTYLP), Political Action Initiatives (PAI), and Maintaining Peace  From Justice Movement (MPJM), they  said having watched the political activities “especially  the desperate endorsement drama acted three weeks ago at the theatre of Government House with characters called stakeholders and elders, it has become imperatives for us as responsible citizens of this state and nation to come out and say the truth in order to guide our electorate, some whom might have been confused by the said Government House theatrics”.

“It is important to state that among all the aspirants who have so far muted or publicly declared their gubernatorial ambition against 2023, only Rt. Hon Onofiok Luke knows what  lies ahead as regards how to pragmatically re-energise the obviously comatose social sector of our economy.

“The state has suffered from lack of investment in the youth for seven years. And nobody including those grandstanding on the platform of anointing and executive endorsement, appears to know the real problems of this state beside paying lip services, except Rt. Hon Onofiok Luke, who has been with the poor, with high and mighty and still remembers that there is serious hunger in the streets of Akwa Ibom State.

“Since he who keeps silence in the face of tyranny, as is currently happening in this is state, is dead, like Woke Soyinka once said, we need to be alive to our responsibilities as citizen to enjoin all right-thinking members of the society in Akwa Ibom State to support someone who knows all the socio-political and geo-economic nooks and crannies of this state and how to solve their segment-specific problems.

“That is the sole reason for unreserved our endorsement of Rt Hon. Onofiok Luke. That is the sole reason we have wholeheartedly rejected all entreaties to join the bandwagon of those milling round the government anointed like a dog stalking a pot- bellied child with the hope that he would soon vomit or release excrement for it to eat.”

The groups said it would be much better for the entire state to maximally benefit from the good governance that would ensure equally opportunities to all, than to tag along with the powers-that-be whose only reward to the people is tokenism and unfulfilled promises

“In 2019, Rt. Hon.Oniofiok Luke almost lost his life to defend the cause of this state. It takes someone who has the love of his people to shun all approaches to sell out the House of Assembly to the then growing opposition in order for them to  effect the impending impeachment of the governor; it takes someone who is courageous, intelligent, experienced but humble to govern a state like ours.

“We longer want an assumed elitist administration led by foreign indigenes with international emails but  who only know Uyo and their villages, because they are too proud to come down to our level; too clean to enter the streets.

“It often said a friend in government is a friend lost; but we have seen that since getting into government as a personal assistan to Gov Godswill Akpabio, to being the speaker of state house of assembly till now that he is in the national assembly, Rt. Hon. Onofiok Luke has never lost any of his friends, rather he is gathering more of them, especially, at the grassroots.

” So we urge all Akwa Ibomites  good conscience to reject the attempted imposition of leadership so that the present administration to  continue to rule by proxy while still inflicting the state with even more hardship and rhetorics.” The communique signed by Dr Akwaowo Akpan for SJM; Engr Edet Oton for DA; Comrade Courgae Udoh for AKSC;  Rev Andy Micheal for NTYLP; Mr Sunday Ibanga for PAI; and Chief Udo Inyangekpe for MPJM, said. 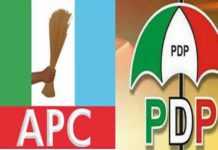