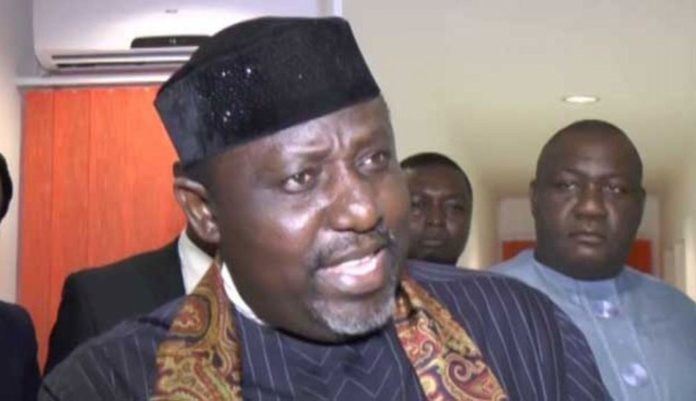 Justice Stephen Pam, of a Federal High Court in Port Harcourt, Rivers State, has said the recent order of the court that the Economic and Financial Crimes Commission (EFCC) should not harass the former governor of Imo State, Senator Rochas Okorocha, pending the determination of the case, still subsists.

The trial judge said this yesterday, stressing that the judgement of December 6, 2021, has not been set aside, and parties in the matter should wait till the court makes decision on the case.

Meanwhile, the proceeding on the fundamental human rights suit by the former governor of Imo State, Okorocha against EFCC suffered a setback, following a fresh application by the anti-graft agency.

The court had on February 8, 2022, adjourned the case in Suit Number FHC/PH/FHR/165/2021, brought by Okorocha against EFCC, till Monday, for hearing on the ground of late service of processes on the respondent, EFCC.

When sitting resumed yesterday, EFCC approached the court with a fresh motion on notice, praying court for substitution of their document filed earlier.

Counsel for the EFCC, G.K. Latona, withdrew an earlier motion on notice he filed and replaced it with a fresh motion.

Latona stated that the EFCC was not going contrary to the judgement of court, noting that there was no fundamental point to prove the claims of contempt.

But, Ola Olanipekun, a Senior Advocate of Nigeria (SAN), counsel for Okorocha, said the fresh motion on notice has stalled the hearing of the matter.

He said: “We want to take a break. EFCC came this morning with a new application and we need to file fresh counter affidavit to that.

“We do not object to the application and in furtherance to that application we apply to withdraw a counter-affidavit and written address, which we filed on 14th January, 2022.

“We also seek to withdraw the motion on notice dated 14th December, 2021, seeking to regularize the counter-affidavit aforementioned.”

He prayed the court to advise EFCC to refrain from taking further steps on the arraignment, saying that one cannot remain in disobedience and claim to be pushing further charges in law.

The court, however, adjourned the case till April 4, this year, for hearing.