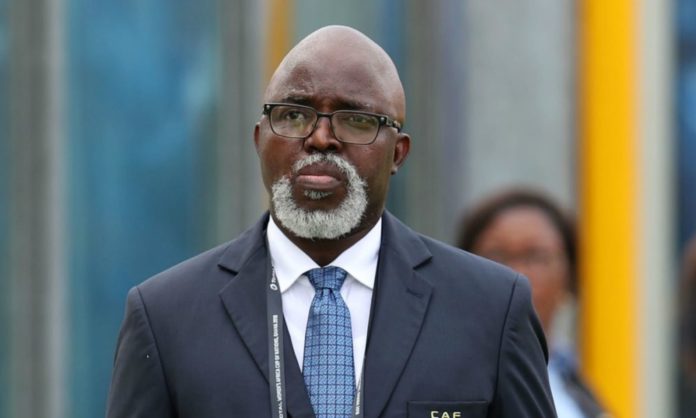 President of the Nigeria Football Federation (NFF), Amaju Pinnick, has disclosed why Super Eagles interim coach, Austine Eguavoen will not be paid salary for his role at the ongoing 2021 Africa Cup of Nations, AFCON.

Pinnick said that Eguavoen would only be entitled to match bonuses as Nigeria progressed at the 2021 AFCON due to his interim role with the Super Eagles.

Eguavoen w as appointed on a short-term deal after the NFF sacked Gernot Rohr last December.

The 56-year-old will hand over to Jose Peseiro, who was recently appointed as the new permanent handler of the Super Eagles, after the 2021 AFCON in Cameroon.

“Eguavoen is on the payroll of the NFF and he won’t be entitled to salary for the role he is playing as an interim coach of the team,” Pinnick said on Arise TV.

“He will be entitled to the winning bonuses as the team progresses at the tournament [2021 AFCON].”

Meanwhile, Nigeria are now in the 2021 AFCON Round of 16 stage after winning all their Group D matches against Egypt, Sudan and Guinea-Bissau.