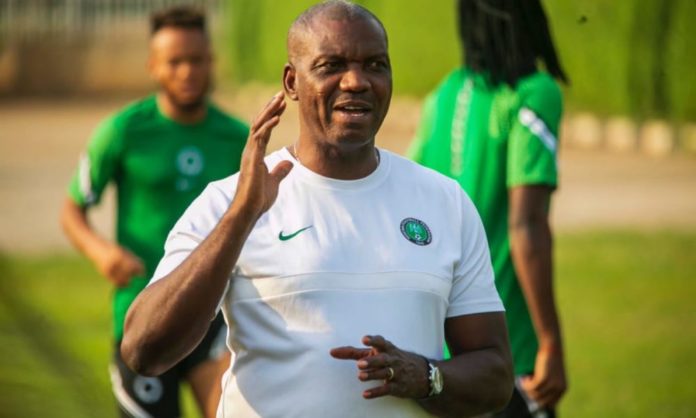 Austine Eguavoen has made an honest confession, claiming he was wrong to leave winger, Chidera Ejuke, out of the squad that played Tunisia in the ongoing Africa Cup of Nations in Cameroon.

Eguavoen didn’t include Ejuke in Nigeria’s squad that lost 1-0 to Tunisia in the AFCON round of 16 tie on Sunday.

The 56-year-year-old had instead opted to feature Moses Simon and Samuel Chukwueze ahead of Ejuke, who was one of the creative players in the Super Eagles squad.

Ejuke had featured in Nigeria’s 1-0 win against Egypt and also in their 2-0 win over Guinea-Bissau but the CSKA Moscow star was not even on the bench against Tunisia.

But Eguavoen has now admitted it was a mistake to leave Ejuke out as he could have solved Nigeria’s problems in the attacking third.

“I think it was a mistake on my part not dressing Chidera Ejuke for the game against Tunisia,” Eguavoen said after the game.

“I take responsibility for whatever happened at the round of 16.”

Nigeria will now turn their attention to the 2022 FIFA World Cup playoffs, where they will clash with Ghana across two legs.