The Group Managing Director, Access Bank Plc, Herbert Wigwe, says plans are underway for the bank’s Holding Company to commence operations before the end of the first half of 2022.

Wigwe who revealed this to Daily Sun during the sidelines of the bank’s 33rd Annual General Meeting (AGM) which was held in Lagos on Monday, noted that the bank had earlier announced its intention to transition to a Non-Operating Financial Holding company in a bid to realign the group for growth and create strategic flexibility and diversification of its revenues as well as enable the group benefit from available market opportunities.

‘Having met regulatory requirements and obtained court’s sanction after shareholders approved the scheme of arrangement establishing Access Holdings Plc as a Non-Operating Financial Holding company, we expect Access Holdings Plc should commence operations in the first half (H1) of 2022,’ he said.

Speaking on the bank’s 2021 financial performance, Wigwe revealed that the bank’s risk assets metrics evidenced its continued focus on maintaining a diversified and sound risk portfolio.

According to him, the bank’s Non-Performing Loan Ration was 4 per cent, a significant drop from 10 per cent post-merger in 2019 which ensured that the bank remained well within the 5 per cent regulatory guidance.

On the outlook of the bank, Wigwe expressed optimism that the group would do well while noting that its planned strategies in 2022 are intended to unlock opportunities for its stakeholders as well as its shareholders.

‘We plan to do this by building a dynamic, efficient and agile bank with a digital-first mindset, capable of providing best in class service with strong returns,’ the Access Bank boss said.

Also speaking, the Chairman, Board of Directors, Access Bank Plc, Dr Ajoritsedere Awosika, said the bank will continue to pursue its strategies while building on its strengths and foundations to overcome the challenges the year will present.

Awosika also revealed that Access Bank shareholders will receive a total of N35.5 billion in total dividends for the 2021 financial year which is subject to appropriate withholding tax. This came after the bank had announced a final dividend of 70 kobo per share, taking the total full-year dividend to N1 per share.

The bank’s last trading date was Wednesday 23, 2022 after the Nigerian Exchange Limited (NGX) announced the full suspension of trading in its shares.

The suspension, according to the NGX, was done to enable the bank to prepare for the eventual delisting of Access Bank Plc from the Daily Official List of the NGX and listing of the Holding Company, Access Holdings Plc on the exchange.

Also, in furtherance of the completion of the scheme of arrangement between Access Bank and the holders of its fully paid ordinary shares of 50 kobo each, the Board of Access Holdings announced changes made to the board of the banking subsidiary. 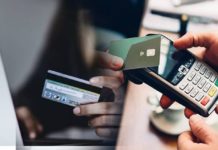 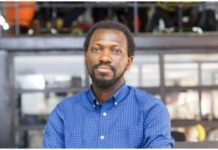 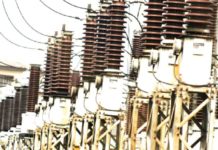