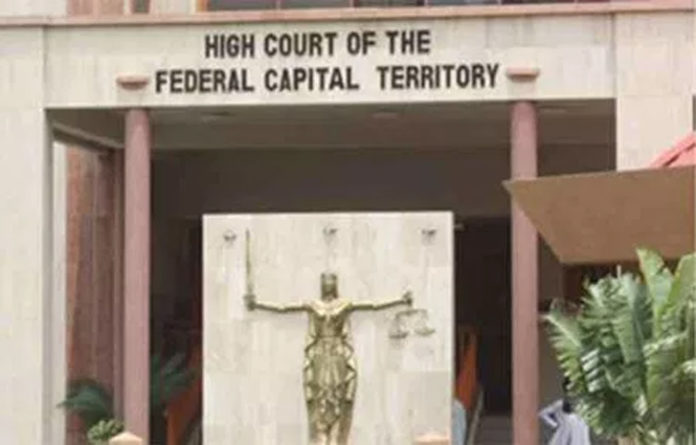 Shop owners in Abuja have called on the Inspector General of Police (IGP) to stop the move by the Minister of the Federal Capital Territory (FCT) and Federal Capital Development Authority (FCDA) to demolish their shops inspite of a subsisting court order restraining them from embarking on the exercise.

Justice H Mu’azu of the High Court of the FCT, sitting in Maitama, Abuja had on February 14, issued a restraining order against the FCT Minister and the FCDA while ruling on an ex parte motion moved and argued by counsel to the shop owners and a former Attorney General of Imo State, Chief Chukwuma-Machukwu Ume, SAN.

Specifically, the shop owners at Zone 3, Shopping Complex, Wuse, Abuja, have dragged the defendants before the court over the planned demolition of their shops located at the shopping complex.

The suit was filed by Olugbenga Odubayo, Alfred Eigbefoh, Martins Okwuolisa, Mrs Susan Ogo Chinyere and Jinifa Allied Ltd, for themselves and as representatives of the tenants/allottee of the Zone 3 Shopping Complex, Wuse, Abuja.

The claimants in their letter addressed to the Inspector General of Police dated February 22, drew his attention to fact that the defendants are bent on pulling down their shops despite the restraining order from a court of competent jurisdiction against them.

In addition, the letter was written by their counsel, Chief Chukwuma-Machukwu Ume, SAN, also informed the IGP that, the defendants who are aware of the pendency of the case and the subsisting orders of injunction, have filed a motion on notice before the same court seeking for an order setting aside its interim order of injunction against them; that while the court is yet to hear their motion, the defendants have taken steps to demolish their shops in defiance of the subsisting order of the court.

The letter reads in part:

‘We are counsel to the shop owners at the Zone 3, Shopping Complex, Wuse, Abuja, on whose instructions we write to bring to your attention of threats to public peace and order in the said shopping complex.

‘As a matter of fact sir, there is an ongoing case at the FCT High Court in suit No; FCT/HC/CV/066/2022 between Olugbenga Odubayo & 40 others V the Hon. Minister of the FCT & 4 ors in respect of the shops at the Zone 3 Shopping Complex( and its environs including parking lots and sewage system).

‘In fact, the court of the FCT made an order directing parties to maintain status quo pending the hearing and final determination of the matter.

‘Justice Mu’azu had specifically restrained the 4th and 5th defendants and their agents, privies or howsoever described from disturbing and or interfering with the possessory and proprietary interest of the claimants and from taking further steps that will distort the Abuja Master plan more particularly in relation to the shops at the shopping complex.

‘However, we have been reliably informed that Abuja Investment Limited acting in concert with Blizzard Nigeria Limited(4th and 5th defendants respectively), has finalized plans to invade the complex tomorrow, Thursday, February 2022 with thugs and bulldozers to commence the erection of structures in preparation of their unlawful demolition of shops in the complex in utter deffiance, disdain and contempt of court order.

‘Certainly, this could cause chaos, tension and resistance from shop owners leading to the unguided breakdown of law and order, thereby undermining public peace in the said shopping complex and in the densely populated Zone 3 and 4 of Wuse.

‘It is therefore in view of the above that we humbly solicit your prompt and urgent intervention to arrest this ugly situation by sending your men to forestall any move by these individuals to wreak havoc at the said shopping complex on that Thursday or thereabout.’

Attached to the petition are a copy of the enrolled order of the court and the motion on notice filed by the defendants seeking to set aside the injunctive orders of the court.

A similar letter has equally been written to the Director-General, Department of Development Control, Abuja Metropolitan Management Council (AMAC).