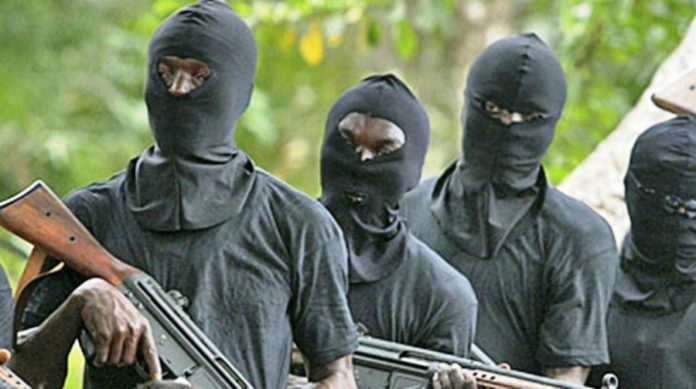 After about three weeks in captivity, the gunmen who abducted the District of Beni in Munya local government area of Niger state, Alhaji Jafaru Umar Sarki have demanded N5million for the release of their victim.

The District Head, his two wives and 15 other members of the community were abducted by gunmen, numbering about 60 who invaded the community on the 2nd of February, about three weeks ago.

About five people were said to have been killed in that attack which has left the community diverted with majority of the people now taking refuge in Kafin -Koro in Paikoro local governments area.

The gunmen, according to a woman source from the community who did not want her name in print, are also asking for N500,000 for the release of each of the 15 other victims.

“But after pleading with them that the man has paid so much ransom in the last two years for the release of children and other community members, they now said we should pay N2.5milloon. But they said every other members of the community must pay N500,000.

“There are about 15 members of the community, including women and their children that are with the bandits. The whole community is now like a ghost community since this attack occurred early this month”, she added.

Beni, one of the biggest farming communities in Munya local government area of the state, is among the most terrorized communities in the state by gunmen with no help coming from anywhere.

Between 2020 and 2021, the community has come under bloody attacks 11 times from gunmen, killing over 26 people and kidnaping well over 70 people with ransom worth N20million paid by relations of victims.

One of the major onslaught by the gunmen on the community was in January 8, 2020 when the Chief Imam of Beni central mosque and six others were killed and 49 people abducted, among them were two daughters of the District Head, one week to their marriage.

Although the gunmen demanded for N49million ransom, the community later cough out N9million before the victims were released.

However all attempts to reach the Chairman of the local government, Mallam Garba Mohammed Dazza and the Member representing Munya constituency in the state house of assembly, Andrew Doma for their reaction were not successful as they were not picking their calls.