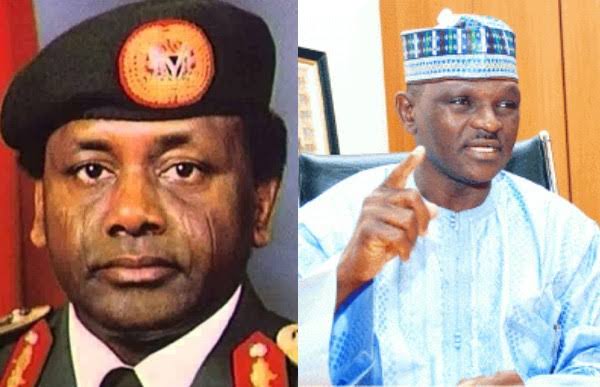 Retired Maj. Hamza Al Mustapha has expressed optimism that Nigeria will be a great nation, despite the current challenges.

Al Mustapha, who was Chief Security Officer (CSO) to the late military head of state, Gen. Sani Abacha, said this in an interview with NAN on Sunday.

“It is wrong for us to narrow the current  challenges confronting Nigeria to the issue of trying to stop the 2023 poll because it is much bigger than that.

“You should sit down and look at what makes Nigeria, the potentialities of Nigeria in the eyes of the world, you should look at Nigeria’s leadership positions in Africa and the world in general.

“You should also look at the negligence from the leadership at all levels. There is also the issue of poor strategic planning in situating the country as a leader in Africa and the world.

“And then, you should look at foreign forces that have been there making sure that Nigeria is retarded because of its numerous potential in terms of human and material resources, ” he said.

Al Mustapha alleged that some foreign powers were responsible for Nigeria’s numerous problems.

“We are facing deliberate retardation which started in 1972 after some powerful countries decided to halt our development into an industrial economy.

“These foreign powers realised that Nigeria was blessed with a large volume of oil and gas, they sat down, assessed Nigeria and discovered that from its abundant natural and human resources it was going to provide leadership in the world.

“It was then agreed that every mechanism from outside using collaborators from within must be applied to retard Nigeria’s development.

“They started with the power sector, ensuring that our industries were killed due to lack of adequate power supply,” he said.

However, Al Mustapha said the plan had negatively affected all sectors of the economy as well as every sphere of life.

” Up till this moment, electricity supply in Nigeria is still very very expensive compared to other countries even though we have all it takes to have one of the most stable and cheap power supply in the world.

“We have the resources in abundance, we have coal and gas, we have solar energy in abundance because we are near the equator, we don’t have any excuse for power failure in Nigeria.

“Many countries situated far from the equator are using solar for power, yet we are suffering in the darkness.

“We have hydro and gas resources in abundance and yet electricity generation and transmission in Nigeria is one of the most expensive in the world,” he said.

According to Al Mustapha, leaders at all levels must strive to rectify the situation.

“Our leaders especially at the grassroots should strive toward taking care of the poor, in such a way that the last man in the village will feel the impact of government.

“When people are neglected what you have is a revolt and that is nature.

“Take the example of the energy sector alone, if our leaders can effectively tackle the problem in the shortest possible time, Nigeria will take shape in a short while.

“If we can tackle the power problem alone, you know where we will have been because the problem is why we are where we are now,” he said.

“Many Nigerians are helping foreign collaborators to destroy the country and most of these people have dual citizenship, immunity and great respect in those countries,” he said.