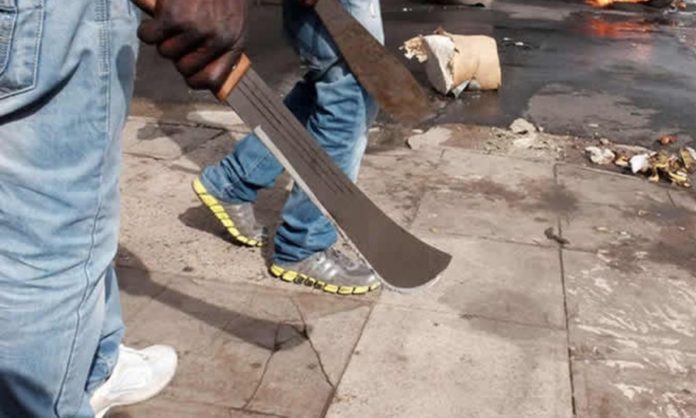 No fewer than three persons were  killed in a suspected cult clash in the Gyado Villa area of Makurdi, the Benue State capital, on Sunday night.

Gyado Villa is a community close to the state-owned Benue State University (BSU) and is densely populated by students.

It was gathered from sources in the area that the clash, which involved two rival cult groups, caused serious commotion in the area as people ran for safety.

A witness, who spoke on the condition of anonymity, said, shortly after the attack, two persons were discovered to have been hacked to death, while another victim who was badly injured later died in an undisclosed hospital.

The identities of the victims could not be ascertained by press time, but a source disclosed that the incident threw the area into pandemonium, adding that residents now live in fear of reprisal by rival group.

“Some young men sat at a spot and some other young men came and attacked them around 8pm on Sunday.

Two persons were confirmed dead and another victim who was seriously injured was rushed to the hospital.

Anene ,said  the bodies of victims had been deposited at the mortuary while investigation into the matter was ongoing.