Nearly 25 million Nigerians are at risk of facing hunger between June and August 2023 (lean season) if urgent action is not taken, according to the October 2022 Cadre Harmonisé, a Government led and UN-supported food and nutrition analysis carried out twice a year.

This is a projected increase from the estimated 17 million people currently at risk of food insecurity.

“Food access has been affected by persistent violence in the north-east states of Borno, Adamawa, and Yobe and armed banditry and kidnapping in states such as Katsina, Sokoto, Kaduna, Benue, and Niger.

“According to the National Emergency Management Agency, widespread flooding in the 2022 rainy season damaged more than 676,000 hectares of farmlands, which diminished harvests and increased the risk of food insecurity for families across the country.

“The flooding is one of the effects of climate change and variability impacting Nigeria. More extreme weather patterns affecting food security are anticipated in the future,” it said.

The UN said of the 17 million people who are currently food insecure, three million are in the northeast BAY states. Without immediate action, this figure is expected to increase to 4.4 million in the lean season.

This includes highly vulnerable displaced populations and returnees who are already struggling to survive a large-scale humanitarian crisis in which 8.3 million people need assistance.

The Resident and Humanitarian Coordinator for Nigeria, Matthias Schmale, said the food security and nutrition situation across Nigeria is deeply concerning.

“I have visited nutrition stabilization centres filled with children who are fighting to stay alive. We must act now to ensure they and others get the lifesaving support they need,” Schmale said.

“The northwest region, around Katsina, Zamfara, and Sokoto states, is an increasing food insecurity and malnutrition hotspot. An estimated 2.9 million people are currently critically food insecure (Cadre Harmonisé Phase 3 or worse.) This figure is projected to increase to 4.3 million in the lean season if urgent action is not taken.

“With partners, FAO has been supporting the government to restore livelihoods in the northeast and northwest regions. This includes livestock production, crop production, homestead micro gardening, value chain development, and aquaculture,” it added.

The UN urged the Federal Government, the donor community, and public and private stakeholders to urgently commit resources and implement mitigation measures to save lives and prevent a potentially catastrophic food security and nutrition situation. 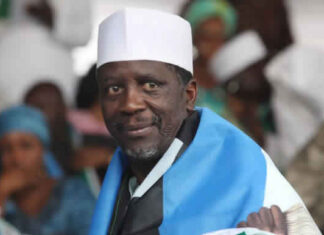