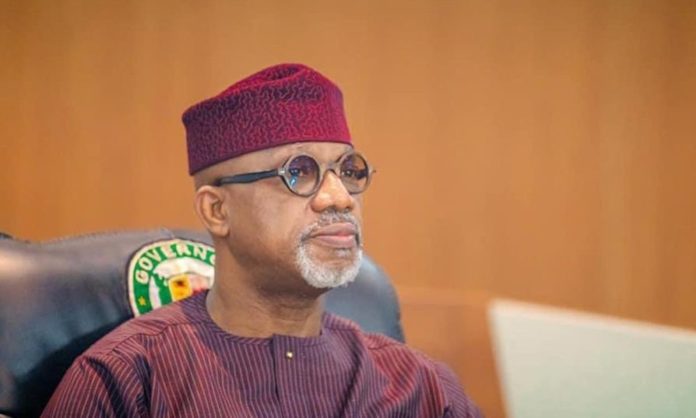 Governor Dapo Abiodun of Ogun State has boasted that he and his faction of the All Progressives Congress (APC) would decide who gets the ticket of the party for the various posts in the 2023 general elections in the State.

The governor said this during a meeting with members of the party loyal to him in Ogun East.

This, the governor said, without minding the fact that the APC in Ogun State is divided between his faction and that of former Governor Ibikunle Amosun.

At the meeting held in Ijebu-Ode, Abiodun reminded his supporters that the new electoral law allows parties to pick their candidates through consensus.

As a result, he assured the APC members that they would be the ones to pick the candidates of the party, from House of Assembly to Senate, including the governorship.

Abiodun, who did not announce whether or not he would re-contest in 2023, said it is normal for anybody to declare ambition under the party, saying all aspiration is legitimate.

He, however, cautioned his loyalists not to allow anyone to divide them as activities for next year’s general elections build up.

“We will determine who will represent us at all levels, from the State Assembly to House of Representatives to the Senate and to governorship. Let us not allow anyone to divide us, you have worked too hard for that, this is not the time for anyone to come and now polarize this party,” Abiodun said.

He maintained that all APC governors would follow the directives of President Muhammadu Buhari on the forthcoming congress of the party.

“We have a sitting President and whatever his decision, we governors are going to support,” he said.

Abiodun added that the agro cargo airport being constructed in Ogun East would be ready in November, adding that it would provide 25,000 jobs when operational.