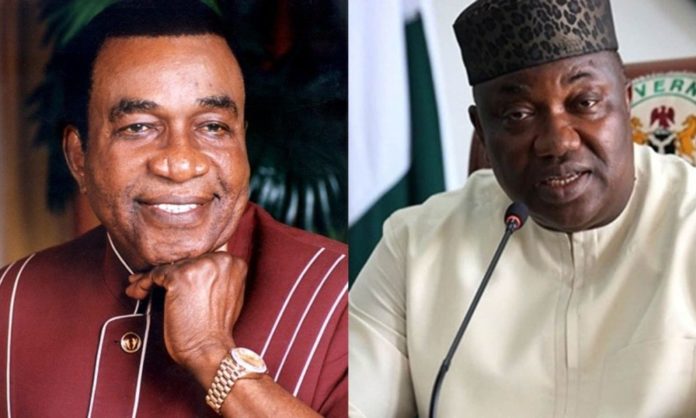 Ahead of the 2023 gubernatorial election in Enugu state, key political leaders have insisted that the zoning of the position to Enugu East senatorial zone is for justice and fairness.

Their demand was contained in a statement by Senator Nnamani, on Sunday in Abuja,

They acknowledged that the principle of zoning of key political offices has been sustained in the state since 1999.

Recall that Senator Chimaroke Nnamani from Enugu east zone was the governor of the state from 1999 to 2007, followed by Sullivan Chime from Enugu west zone from 2007 to 2015, while the incumbent Governor Ifeanyi Ugwuanyi from 2015 to 2023 is from Enugu north.

Nnamani commended the political leaders; Ugwuanyi, Nwobodo, Nwodo, Ken Nnamani and Chime for their independent positions “affirming the zoning principle as well as the turn of Enugu east zone to produce the next governor”.

He reiterated that “justice and fairness demanded that the zoning principle be respected by the political players in the state, stressing that ” it has fostered peace and harmony while giving every zone a sense of belonging”.

The statement in part read “after reviewing the principled stands of the respected elders and statesmen which included four former governors and a former Senate President, I am convinced more than ever before that Gov. Ugwuanyi and the political leaders in the state will be guided by keen sense of history and conscience in picking the next governor of the state from Enugu east zone”.

Sen Nnamani described zoning as a major selling point of the Peoples Democratic Party (PDP) in Enugu state, noting that “it has ensured peace, balance and even development”.

He expressed hope that other political parties including All Progressive Congress (APC) and All Progressive Grand Alliance (APGA) will follow suit in upholding zoning and ceding their governorship tickets to the Enugu East zone.