DAILY POST had reported that Taribo is one of the former internationals invited for a novelty match to mark the All Progressives Congress, APC, national leader’s 70th birthday.

While the match will take place on Sunday, March 20th, 2020, the ex-players and the others invited for the game, were at the APC chieftain’s Lagos mansion on Saturday.

Bola Tinubu declared his interest to run for the presidency come 2023 and although his ambition seems to not go down well with most Nigerians, many people believe that his accumulated wealth will buy him the position.

Tinubu turns 70 years in a few days time and many Nigerians, mostly the youths, are of the opinion that someone within the age bracket of President Muhammadu Buhari should not be allowed to occupy the nation’s most exalted office again.

Many Nigerians believe that President Buhari failed to perform basically because of his age and frail health. Tinubu and Buhari recently met in London where they visited different hospitals.

Despite this, some others still believe that the 70-year-old Tinubu has something to offer to the country and could do better than Buhari.

And Taribo West, a former AC Milan defender, seems to be in this category of people as he was sighted in a trending video fervently praying to God to make the former federal lawmaker’s dream of ruling Nigeria a reality. 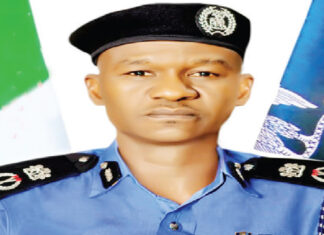