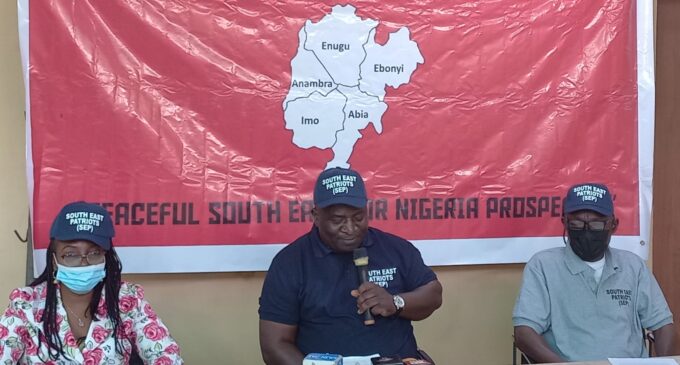 Leaders from the South East geopolitical zone, have commenced nationwide consultations as part of moves to shore up support for the region’s bid to produce President Muhammadu Buhari’s successor in 2023.

The leaders said since the end of the Nigerian civil war 52 years ago, the South East has been marginalised with moribund infrastructure,  despite the contributions of the zone to the growth of the nation.

Addressing newsmen in Abuja, yesterday, on the platform of South East Patriots, convener of the body, Obunike Ohaegbu, said beside the South East, only the North East, which he said has been marginalised, too, could lay claim to the presidency in 2023.

He said: “The main objectives of this group are to vigorously pursue and work with other Nigerians of South East origin, in partnership with Nigerians from other geopolitical zones, for the actualisation of a Nigerian president of South East extraction in 2023 or as soon as practicable, who shall be from any of the five states that make up the region.

“In view of the above, we’ve set up a machinery for the interrogation of the blueprint of most of the  presidential aspirants across the country.

“We believe that it would be insensitive to the agitation of the South East for anyone in the South South or South West to present themselves for the presidency at this time. We will consider such aspiration as being offensive to the sensitivities of the people of South East.

“We consider it a fraud on the people of the South East, in particular, and Nigeria in general. We need to categorically repeat that we are committed to ensuring the emergence of the president of Nigeria from of South East extraction in 2023. However, we are also aware that nobody from the North East has led Nigeria since 1970.

“Therefore, we call on Nigerians to concede the presidency to both zones. We also call on leaders from the North East and South East to, as a matter of urgency, begin discussions and negotiations on how both zones would take shots at the presidency, and who does the same now.

“We have put together a high powered committee that will talk to other critical stakeholders and leaders in Nigeria to encourage a more practical realisation of a president of Nigeria of South East extraction as soon as possible.”