But YNRO is alleging that the election was married by irregularities, and as such, called on National Working Committee (NWC) of the PDP to cancel the outcome.

In a petition to the national chairman of PDP, Dr. Iyiorcha Ayu through the state chairman of the party, Kingsley Esiso, the group insisted that the election was conducted in breach of the provisions of section 68.84(8) of the Electoral Act, 2022.

Signed by the Lead Activist of YNRO, Victor Obianuju Ojie, faulted the inclusion of a disabled person, who voted and his vote was counted and recorded against the provision of the Electoral Act, 2022.

Ojie who is national president of Rights and Anti-Corruption Forum of Nigeria, noted that the provision of the Electoral Act stipulates that only the three ad-hoc delegates per ward, elected at the ward congresses and one national delegate per local government elected at local government area congress were eligible to vote at the primary election.

The petitioners maintained that the process of accreditation of delegates for the election was carried out without the returning officer requesting, scrutinizing or verifying the delegates photo identification, which they said, was a flagrant violation of the provisions of the party constitution.

The petition further alleged that two results were produced at the end of the primary election, pointing out that one of the results was grossly mutilated as votes scored by aspirants were wrongly entered, thereby creating discrepancy in the final result sheet produced.

They appealed to the chairman and the NWC of the party to cancel the House of Assembly primary election held in Aniocha North Local Government Area on May 22, 2022 and order for a fresh election, as the election could not be said to be free, fair and transparent in view of the irregularities observed during the conduct of the election, noting that no winner can legitimately emerge from such a flawed election. 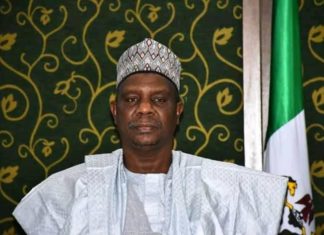 I have not resigned as Deputy Governor of Bauchi – Baba...