The only female presidential aspirants, Barr Uju Ken Ohanenye, has purchased the expression of interest and nomination forms of the All Progressives Congress (APC), declaring that she won’t be intimidated by the arrays of male aspirants.

She spoke to newsmen in Abuja after obtaining the forms on Thursday, stating that the only condition that can make her withdraw from the race would be the readiness of whoever will emerge winner to address the growing poverty in the country.

Arguing that as a mother she has the magic wand to do it better, Barr Ohanenye, said: “It is so obvious and all of us know that it is time for a mother to come on board. Everybody, including Mr President came from a woman. As it is today, insecurity, and other things, the children needs motherly care. We can understand that from their attitude. I have never been a politician but because of what I have seen, I just felt I should come on board.

“The major solution I am bringing on board is to involve the commoners, less privileged, in governance of the country. If we don’t involve, from killing of the commoners they will kill the elite. We must involve them to get them understand what is going on. Nigerian youths are very intelligent and instead of using them negatively, we use them positively for the growth of the country.

“I am going to localise the construction of roads and many other things. I won’t copy the westerners all through because they have their way of constructing it which makes very expensive. I want to localise Moston the roads and involve indigenes of those areas in constructing them. They will generally get involved and get paid. It will reduce unemployment, keep the busy and out of mischief,” she said.

Asked her fear going into the primaries, she replied: “My fear is that men will want to muscle me out. But I am standing firmly for the people I am here to protect. They will want to push me over. But I cannot be intimidated. I have been emboldened.

“I am sure you want to also ask me why I didn’t want to go for governorship, but I don’t want any position that will limit to particular region or place. I want to be out for all Nigerians be you Christian, Muslim, male, female, I don’t care. I just want yo be there to ensure that they feel good. What is causing insecurity is lack of love, selfishness and bias. They no longer feel any sense of belonging or reason to live,” Ohanenye said.

On her view about the speculated consensus option of the ruling party, she said: “it all depends. I will agree with a clause and that clause is that the major reason for my joining the race must be addressed. Those issues concerning the downtrodden must be addressed. I don’t really care if any other person other than me take up the responsibility but the person be one who will look into solving the problems of Nigeria.

“How much are you at home with the womenfolk I don’t just have only women as my constituency but constituencies all over Nigeria. I have donated health centres across the country. I visit the downtrodden and less privileged. I an well prepared with my constituencies,” she noted. 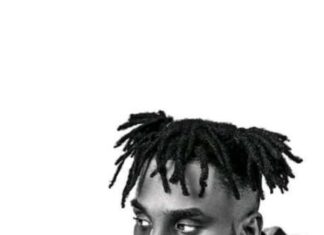