The All Progressives Congress (APC) presidential aspirant, Chukwuemeka Nwajiuba, has said that the country as a whole and his ruling party stand to gain if he emerges the presidential candidate of the party.

Speaking to newsmen at an interactive session held in Abuja on Monday, the former Minister of Education for State, however announced that he will be comfortable with consensus should the ruling party settle for it.

Asked his take on the speculated consensus arrangement, he replied: “I already said it is not possible to win an election without the consent of everybody. So, why will I say I can only win if I am the most powerful. You can only win by consensus.

“So, whatever consensus my party agrees to, if they give me, good for Nigeria. If they don’t give me whoever they give, they just decide that this is what we have to offer. That is my understanding of what we’re doing,” he quipped.

Speaking in his introductory remarks, he said: “I think part of why I am running is because I am trying to bring some sense of social order to our polity. Let’s not run away with the belief that our country has collapsed. That it is no longer a country of laws or a country of rules, that there is no more moral, there’s no more order. In other words, everything works because this is at the heart of what it is that you see on display.”

He also reacted to the controversial issue of restructuring, noting: “What is it that I want to restructure? The borders of Nigeria are known and are defined and accepted internationally in the world. Restructuring obviously can’t be talking about landmarks, the issue is governance.  It is the question of landmarks or the resources? Since 1999 this Nigerian Constitution is restructured.

“I ask, is there something a state does with its citizens other than service and tax. That is how citizens and state relates. Is there anything you will like to do in Nigeria that the law says you can not do? It’s not. If you want to build a refinery there is a process, you just need to apply.

Remember we were three regions by 1966 war was fought over this matter. When the military took over, they said we don’t want the situation, it is better everybody creates states.

“They are no longer ethical. Nigeria had to create states to unbundle the structure as a way to stop a civil war again. To facto a large extent, they have succeeded so something must be right with the new structure. What do you want to restructure?

“Is there any limitation to what a state governor can do? Nigerian Governors are the most independent Governors in the world. If anybody knows the income that they generate in the states that they transfer to the federal government let the person say so.

“Nobody has ever compelled any state to generate one income and send it to him. It is for the states to try and generate as much as they can. So, when keep saying let’s revert to the thing that killed us I said is good to know a book but read it,” he noted.

On whether it is legal or ethical to withdraw ahead of an exercise, he said: “Yes, in every situation, you make provisions. The Supreme Court has held repeatedly that political parties are not parastatals of government. They are voluntary associations, the only thing the Supreme Court has held repeatedly, they have been consistent that the party is supreme in its decision on internal matters. The only condition is that the parties must obey their guidelines and regulations so that is the only limitation I see.

“You come to an association and they say for you to contest on our platform before we agree that we and you can work together, you need to give us the confidence that looks if we don’t like you to do this, you will not take us to court, will you give us that assurance before we can start.

“You said I cannot do that, then they say, oga can you check the other party, they don’t have this. That’s exactly how I look at this. It may not be a moral or ethical code, it is actually what you believe that you want to do. Political parties make their own rules and if this is what they said they can do, you may be guided on how to engage it,” he said. 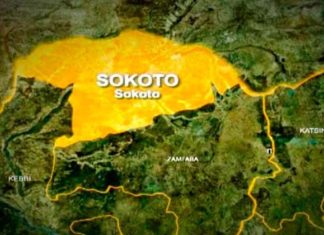