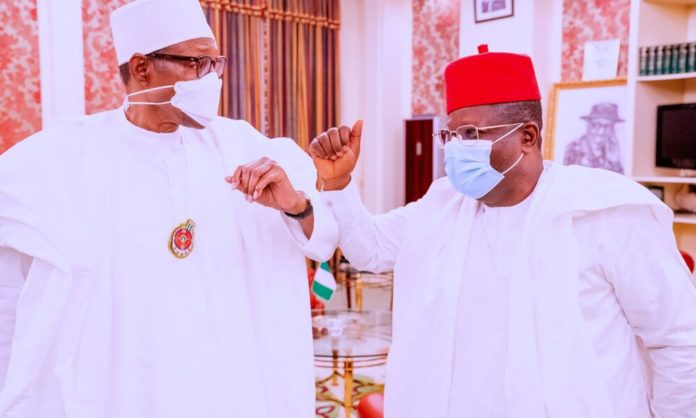 Presidential hopeful and Ebonyi State Governor, Dave Umahi, says politicians in Nigeria should have retirement age and not “pursue money” till the end of their stay on earth.

Umahi said, “In this country, I find it very funny for people at certain age in this country that are still fighting so hard for money. I thought that at certain age, we should be making efforts to reconcile with God and be grateful to him for the opportunity given to us.

“This is the kind of engagement that we need to do so that people will understand that everything is not about money and that every position given to us by God as leaders, God will ask us for accountability for what we did with such positions.”

When asked to throw light on those he said were concerned about money, Umahi said, “What I mean is that in this country, there is no age limit by which we can say we have retired, we tend to be pursuing money till the end of our stay on earth in Nigeria.”

“I’m not just talking about political leadership, generally, at certain age in your life, you should be able to say I need to retire and give opportunities to your children. It cuts across all areas of life.”

Asked further if there was anyone running for president alongside himself who should retire and allow the “children” to take over, the governor said, “Not in my mind at all.”

had earlier reported that Umahi visited the President, Major General Muhammadu Buhari (retd.), on January 11, 2022 in Aso Rock and informed the 79-year-old former military leader of his decision to run for President in 2023.

Speaking on the television programme on Monday, Umahi said announcing his presidential ambition at Aso Villa some 24 hours after Tinubu’s was only coincidental and not planned.

Umahi defected from the Peoples Democratic Party to the ruling APC in November 2020 amid rising clamour for the South-East zone to produce the next President of Nigeria.