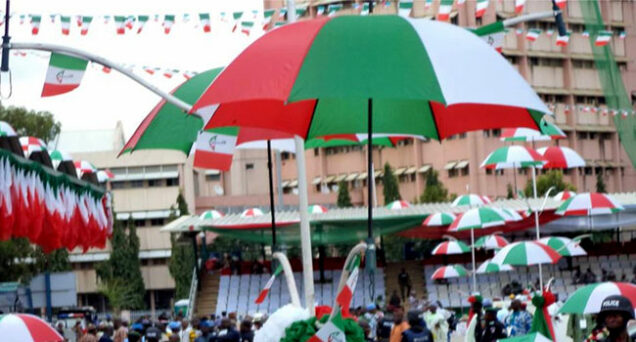 The Peoples Democratic Party (PDP) stakeholders in Abia North Senatorial District said it’s the turn of the area to produce the next governor of the state in 2022.

The party chieftains said this at a news conference in Umuahia on Friday, adding that their agitation was in line with the spirit of zoning and the Abia Charter of Equity.

The Spokesman of the group, Dr. Eme Okoro, said that there was a need for a peaceful transition of the governorship seat to Abia north “for justice, fairness, and equity”.

Okoro said that doing so would help “to build peace, eschew bitterness, rancor and disunity among ourselves as brothers”.

He further said that power rotation among senatorial districts had become the trend since the return of democratic governance in 1999.

According to him, the Charter of Equity, which is anchored on justice, fairness, and equity, has served Abia very well and for the purposes, it was established.

“Today, nobody will dispute the fact that the three senatorial districts have had one of their own as the chief executive of the state.

“There is peace, everyone is happy, every district is happy and Abia people are happy. We are all happy,” he said.

“Going forward and as the next political dispensation approaches, we stand on the altar of justice, equity and fairness to call on our amiable governor to ensure that the peaceful rotation of power he inherited must continue seamlessly and uninterrupted.

“This will enable him to write his name in gold and save himself and our generation from the harsh judgment of history.

“Let our actions, inactions, utterances and silence not allow history judge us harshly,

“As we approach 2023, the governor as the last beneficiary of the Charter of Equity has the singular most important duty and responsibility to ensure that power transits peacefully to Abia north,” he said.

Okoro said that the stakeholders had delivered the letter on the issue to the governor during their courtesy visit to him.

He expressed the confidence that their supplication to the party to zone the governorship slot to the zone would receive favorable consideration, ahead of the party primaries.