The Middle Belt Forum (MBF) has observed that there are subterranean forces aimed at frustrating the power shift arrangement to the south in 2023.

It’s National President, Dr. Pogu Bitrus, in a statement issued Monday and made available to DAILY POST said, “The attention of the Middle Belt Forum (MBF) has been drawn to the communique issued at the end of a meeting convened by the Northern Elders’ Forum under the auspices of Northern Leaders of Thought (NLT) over opposition to power rotation to the South in 2023.

“Considering the circumstances under which the group met and membership of those who attended the meeting on January 15, 2022 at the Arewa House in Kaduna, it is clear that there are subterranean forces aimed at frustrating the power shift arrangement to the south in 2023.”

According to the statement, by May 2023, President Muhammadu Buhari, a northerner, should have completed two tenures of four years each as provided for in the Nigerian Constitution, stressing that to insist that another northerner should continue in power beyond May 2023 amounts to violating the arrangement on power shift that has become the norm since the return of democracy in May 1999.

“As the umbrella organisation for all ethnic nationalities in the Middle Belt, the MBF is confident that Nigeria is blessed with competent and qualified persons from all sections of the country who can offer altruistic leadership in advancing national development. Since 1999, power shift has not only ensured equity in power-sharing procedure between the north and south; it has also reduced tension amongst Nigeria’s diverse ethnic groups in the struggle for power. After a careful perusal of the communique issued at the end of a hurriedly packaged meeting by the NLT, it is evidently clear that there is a grand ploy to truncate power shift to the south by 2023,” the group said.

It recalled that after their consultative meeting that took place in September 2021 in Akwanga, Nasarawa State, the forum did not only express its resounding support for power rotation to the south, it also noted that for fairness to hold sway, it was necessary for power to return to the South in 2023.

The statement explained that it’s position was hinged on the fact that the power rotation has tremendously assisted in mitigating political tension by creating a platform for power-sharing in the country, saying that as it has always declared in the past, the MBF restated that any threat against power shift to the south in 2023 is akin to courting frightening dangers to the unity and progress of Nigeria.

The statement said that it stands for justice and freedom for all, assuring that the MBF is completely against the NLT’s opposition to power shift in 2023 and those who met in Kaduna at the weekend must halt further attempts to create political turmoil for our nation.

It said that members of the NLT are not political leaders as they are forerunners of some nebulous political forces determined to foist fiery dark clouds over our country’s political skies, saying that to insist that the power-sharing arrangement should be jettisoned now is an open invitation to anarchy that may ultimately lead to the breakup of the country.

“We need to remind Nigerians that the Middle Belt has always insisted that power must shift to the South in 2023. In the event that the South is unable to present a presidential candidate, we have confirmed our readiness to support the emergence of a presidential candidate of the Middle Belt extraction for the 2023 polls. We are in agreement with the southern socio-cultural groups in the struggle for power shift to the South in 2023,” it said.

It added, “Under the President Buhari-led administration, Nigerians are witnessing one of their worst moments. With insecurity ravaging many parts of Nigeria, poor economic policies by the current administration have reduced our nation into the global headquarters of poverty.”

The statement noted that not only are there hundreds of communities in the Middle Belt region destroyed and completely taken over by foreign invaders, thousands of their people have been massacred in cold blood as deadly herdsmen and other criminals continue to unleash their dreadful reign of terror on defenseless Nigerians.

It explained that the Middle Belt region is convinced that President Buhari has not demonstrated enough courage and political will to confront these monsters of insecurity, adding that it is clear that only power shift offers an opportunity to deal with these terror gangs that are alleged to enjoy the support of some rogue Northern politicians yet to be exposed by the government.

The group called on political parties to disregard the chicanery of these leaders of the so-called North and their opposition to zoning in 2023, saying that those who gathered in Kaduna last weekend were political jobbers engaged in carrying the commands of their masters that are lurking in the shadows. Therefore, the communique of that meeting should be contemptuously ignored. 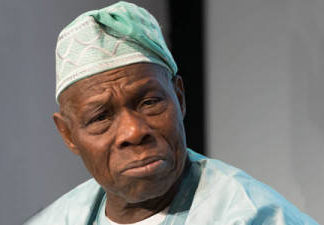