Kaduna State governorship Aspirant under the umbrella of People’s Democratic Party (PDP),  Isa Mohammed Ashiru has vowed to salvage the State from insecurity, poverty and unemployment if elected governor in 2023.

Ashiru who was the  governorship candidate of PDP in 2019 general election lost to incumbent governor Nasir El-rufai.

Speaking to formally declare his intention to run again for the governorship position, he said instead of the state to progress socio-economically, it fell backwardly, putting the people into hunger and hardship.

Earlier, he had inaugurated his campaign team, calling on them not to shy away from asking for whatever they need to make the campaign a success.

“Considering the wonderful performance of the PDP during the 2021 Local Government Council Elections in Kaduna State and the encouraging manner in which people have been massively joining the party, I can confidently say that the present State Executive Committee under Honorable Felix Hassan Hyet has been steering the ship of our party in the right direction.

“You may all recall that we worked tirelessly during the last  General Election in 2019 with me as the Gubernatorial Candidate of the PDP. I wish to express my sincere gratitude to everyone for the opportunity given to me to fly the flag of the party.

“Three years after that particular attempt, Kaduna State under the All Progressives Congress (APC) has continued to experience severe setback. We are all victims of various forms of insecurity like kidnapping, banditry and violent conflicts which have become most prevalent in the State; in addition to increasing poverty, unemployment and disharmony among our people.

“The task before us, therefore, is to salvage our dear Kaduna State, reunite the people and move the State forward. We are going to attach priority to security, education, agriculture, health as well as women and youth empowerment, information technology, rural development and inclusiveness in governance, among others.

“I believe that if given the ticket, we would all work together to win the gubernatorial election come February, 2023 so that the PDP government can rescue the State from the current frightening situation. We have done it before and we will do it again, in sha Allah”. He said. 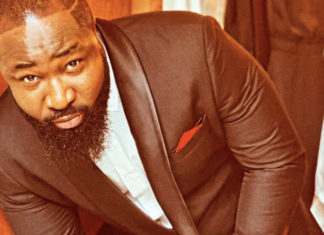