It stressed that strict adherence to the zoning pattern which favours Enugu East senatorial district to produce governor in 2023 would promote peace, justice, equity and fairness.

Leaders of the Forum, who revealed that their members belong to different political parties such as the All Progressives Congress (APC), the Peoples Democratic Party (PDP) and the All Progressives Grand Alliance (APGA) while some are apolitical, made their position known in an open commendation letter to Governor Ifeanyi Ugwuanyi.

The Enugu Diasporans disclosed that they aligned themselves to the directives of the PDP South East Zone that its state chapters should adhere strictly to the existing zoning patterns in each of the states. “We equally support the declaration of the APC that it has zoned its governorship ticket to Enugu East Senatorial District”, adding: “We are emboldened by the recent proclamation by our revered traditional rulers in Enugu State which reaffirmed the existing rotational zoning arrangement that favours Enugu East Senatorial District and their advice to all politicians in the state to respect and adhere to the established zoning arrangement.”

It commended Ugwuanyi for the enduring peace and good governance he has entrenched in the state, in spite of all the challenges in Nigeria bordering on economic, security and public health issues. The group maintained that the unprecedented peace and security in Enugu State entrenched by Governor Ugwuanyi has brought rapid socio-economic development to the state including Foreign Direct Investment (FDI), stressing that “it has also engendered peaceful co-existence among Nigerians irrespective of religious or ethnic background which has led to proliferation of businesses, and rise in the population of the state”.

Pointing out that they “are not unmindful of the fact that Ugwuanyi assumed office in 2015 when Nigeria was in recession and confronted with paucity of funds to attend to the basic needs of the people as well as embark on development projects” the group gave him  “a pat on the back for his steadfastness, resilience, commitment, transparency, accountability and innovative and visionary approach in leading the state out of these challenges to remain one of the most peaceful and fastest developing states in Nigeria.” 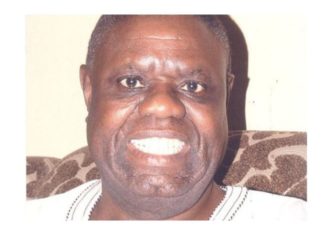