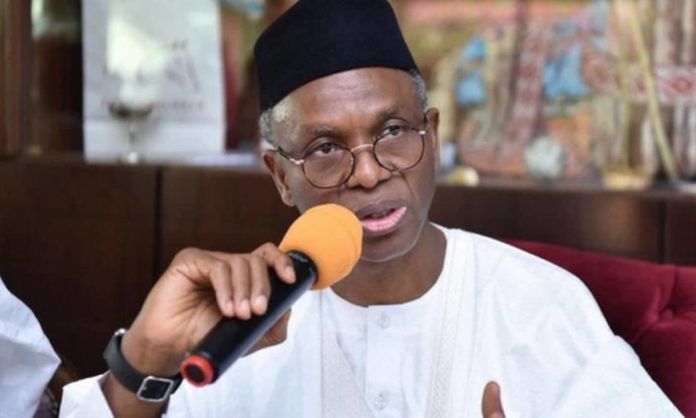 Governor Nasir El-Rufai of Kaduna State has said that the All Progressives Congress (APC) presidential candidate for the 2023 election is expected to come from the southern region of the country.

El-Rufai explained that the national chairmanship post of the party will be from the northern part of Nigeria.

“Our expectation is that our presidential candidate will come from somewhere in the south,” he said during his appearance on Channels Television’s Politics Today.

He said it would now be left to the southern caucus of the ruling party to decide which part of the area the candidate will come from.

“It is up to the southern caucus of the APC to now propose to us an acceptable candidate,” he explained.

Governor El-Rufai also believes the APC will retain the presidential seat, arguing that the party has all it takes to do that.

“I think Nigerians expect much more than we have done, but if Nigerians reflect deeply and compare with the other party, we are still a better choice.

“I believe that in 2023, the APC is going to win the presidential election as well as the majority of the governorship elections,” he said.

Asked if he regrets being the Kaduna State Governor since it was President Buhari that talked him into taking up the challenge, El-Rufai said, “I’ve no regrets whatsoever. I think we’ve transformed the State in many ways, brought progress in many areas. I’ve no regrets. I’ve paid a personal price, but that’s life.

“I mean, whatever you do that raises the life of humanity, it feels like something that brings back positive feedback. I’m quite satisfied and I feel that we’ve done a decent job in Kaduna, so I’ve no regrets whatsoever.

“And I ask Nigerians to pray for all of us for Almighty God to choose a successor in Kaduna that would be even better than I tried to do.”

El-Rufai was asked about the rumours that he had already anointed his very good friend to take over from him when he leaves office in 2023, the Governor said, “I’ve not. I’ve not anointed anybody. Stories go round.

“I think the leadership…our first eleven as I called it, the core leadership of Kaduna State would sit and debate this and see whether we can come up with one person we think is a worthy successor and what that person would do to carry the rest of the team together.

“We have our core team. We’ve started meeting regularly and even our senators join from Kaduna. We discuss this regularly and at some point, we’re going to make that decision, but we’ve not anointed anyone.

“Because for me, Kaduna is more important than anything, including myself, friendship and any preferences I may have and I’m human only God knows the best person to succeed me. I’m only human.

“My preference is in our core team, that is the first eleven. I said core team because these are the guys that worked with me since 2014 to organise our party, organised our campaign and we won and got elected.

“So, they know all the policies we formulated and implemented . So, they’ll not come and have about-turn changing direction.