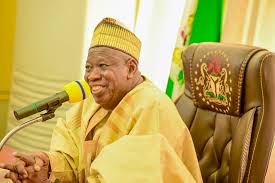 Kano State Governor, Abdullahi Umar Ganduje, has warned his party men, especially gubernatorial aspirants, against the use of political thugs within the party ahead of the 2023 general elections.

The Governor’s warning is sequel to a violent clash between thugs linked to Senator Barau Jibril and those of  Murtala Sule Garo, both of whom are reportedly aspiring to succeed Ganduje as Governor of the state in 2023.

The bloody clash, which entailed the free use of intimidating weapons such as sticks, clubs, cutlasses and swords, occurred at Dansudu village, in Tofa Local Government Area, during the flag off of the 83 kilometer Kano-Gwarzo –Dayi Kastina Dualisation Road project within the week.

Actual figure of casualties on account of the clash could not be established as at press time.

In his reaction to the violence, Ganduje insisted that his administration would not accept the culture of violent political thuggery in the state, while threatening to deal ruthlessly with any politician who failed to adhere to the warning.

“Whoever among the politicians that rents thugs, arms them with dangerous weapons and makes them high on drugs will face the consequences” he charged at his party’s  gubernatorial aspirants.

The Governor, in a statement signed by his Chief Press Secretary, Abba Anwar, also ordered a total ban on display of banners of any other politician, apart from those of President Muhammadu Buhari, the Chairman of the All Progressives Congress (APC),  and that of himself at the occasion of the celebration of Democracy Day in the state.

Ganduje also placed a ban on the wielding of dangerous weapons in all occasions and activities of the party in the state, while directing all the local government chairmen coming to the June 12th occasion to ensure that none of the supporters come to the venue any weapon.

It could be recalled that the culture of  political thuggery was well -tolerated within the All Progressives Congress (APC) in the state, especially during the 2019 electoral rivalry with former Governor Rabiu Musa Kwankwaso. 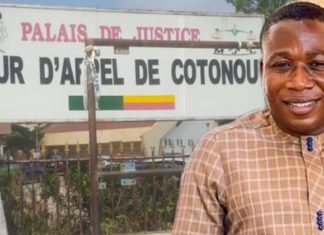